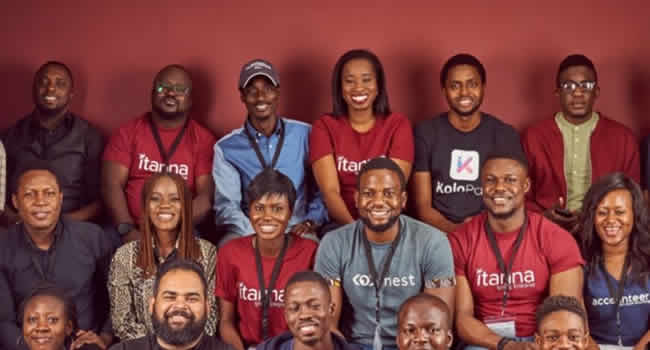 Seeking through its venture to offer training and mentorship to disruptive solutions, iNOVO accelerator has announced selecting ten Nigerian startups to take part in its programme.

The accelerator which was found through a partnership between the UK-Nigeria Tech Hub with the duo of Ventures Platform and Startupbootcamp AfriTech.

According to reports, the iNOVO accelerator targets innovative ed-tech, agri-tech and e-health startups.

Reports further revealed that the final selection emerged from a list of more than 750 applicants.

Earlier, the top 20 teams were invited to participate in Final Selection Day where each team pitched their businesses to some of the most progressive leaders in Nigeria including corporate partners and mentors.

Going forward, the ten startups have now been selected to participate in the three-month programme, including four from the agri-tech space.

Tech Trivia: Who is the first black female fighter pilot?

Lami, a Kenya-based B2B and B2B2C insurance-as-a-service platform has launched its venture to digitise the entire insurance value chain end-to-end.

The Lami platform, which handles things like KYC, pricing, underwriting and claims processing all in one place, is used to create, distribute and embed any type of insurance product at any point of sale.
READ ALSO:

The startup launched its first product running on the Lami API,  the Griffin motor insurance app, in January 2020.

CrowdyVest, a Nigerian startup has secured new investment, prompting it to spin out as an independent entity and pivot its model.

The two year old company was created to provide all-in-one financial solutions for individuals and businesses to achieve short or long-term goals.

According to reports, the startup allows users to sponsor high-impact opportunities with high yields.

Although, founded by Farmcrowdy chief executive officer (CEO) Onyeka Akumah and four others, the platform was part of the EMFATO Holdings that also includes Farmcrowdy and Plentywaka, but has now become independent after securing investment from a group of investors led by Tope Omotolani.

Today, Omotolani becomes CEO of the new independent Crowdyvest, which has also pivoted to a digital savings model as it looks to scale.

Shawna Rochelle Kimbrell is a Lieutenant Colonel in the United States Air Force, and the first female African-American fighter pilot in the history of that service. She flew the F-16 Fighting Falcon during combat missions in Operation Northern Watch. She is stationed at Nellis Air Force Base where she is a member of the 78th Attack Squadron and serves as an MQ-9 Pilot and Mission Commander.