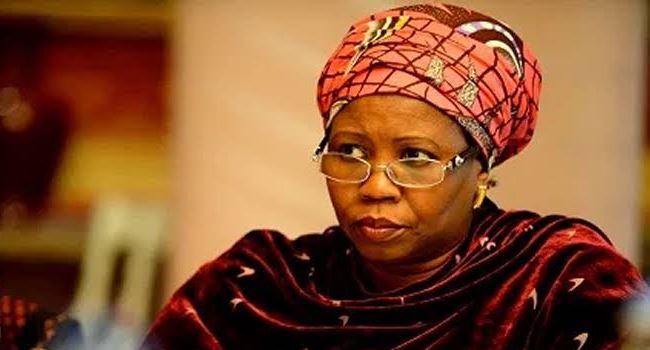 Before the outbreak of the COVID-19 pandemic in February, 2020, Chukwudi Okoroigwe’s daily earnings as a bus driver was hardly enough to cater to the needs of his family.

Apart from his wife and four children, Okoroigwe, 53, had the responsibility of taking care of his parents who were living with him.  His father was sick as age was beginning to weigh in on him.

At the end of each day, Okoroigwe- a driver who plies the Nnewi to Ihiala route – typically earns 7,000. After making necessary expenses, including purchase of fuel, he returns home with 5,000 out of which he buys food and settles other needs.

“I could barely save up N2,000 daily. But we were managing whatever we had. At some point, I had to juggle my transport business with teaching in a private school” he explained.

The narrative for Okoroigwe however changed when the federal government ordered a lockdown to avoid the spread of the Corona Virus in March 2020. It became even harder to feed himself and his family. He always had to borrow from friends and, sometimes, depended on contributions from members of his community.

It also became difficult to take care of his aged father’s health needs.

Formally, he could carry seven passengers to their destinations. But the government reduced the number to four to maintain social distancing. Like other drivers, he could not increase the fare because passengers would not pay.

“Many of my colleagues had to stop working because the money they made daily was too small. But I had no other option than to continue and hope for better days. I was still paying government’s taxes from the meagre amount I was making every day” a furious Okoroigwe said.

A gleamer of hope

In December, 2020, the federal government launched the Transport Track of the Transport and Artisans scheme under its Micro, Small and Medium Enterprises (MSMEs) Survival Fund as part of the Economic Sustainability Plan (ESP) to cushion the effect of the COVID-19 pandemic in the country.

The scheme, which was targeted at 4,505 beneficiaries in each state across the country, including the Federal Capital Territory (FCT), was expected to provide a one-off grant of N30,000 each to qualified individuals operating in the transport sector.

These include commercial bus drivers like Okoroigwe who were hard hit by the COVID-19 pandemic, ride share drivers (Uber, Bolt, etc.), taxi drivers, Keke Napep riders, Okada riders, and cart pushers, among others. It was estimated that nearly N5 billion would be spent on the scheme.

When he first heard of the grant from his colleagues at work, Okoroigwe questioned the veracity of the information he got, although he needed the money, no matter how little.

“I did not accept the story because this is not the first time the government was making promises they did not fulfil” he said.

At the launch of the scheme, Mariam Katagum, the Minister of State for Industry, Trade and Investment, said applicants would access the fund at no cost since the initiative was borne out of the Federal Government’s commitment to help cushion the impact of the COVID-19 pandemic on the economy.

Like other transporters, Okoroigwe went to the bank, got his BVN and submitted his name, since it was one of the conditions for accessing the grant. He already had an account. He hoped the story would be different this time.

But, to his chagrin, almost seven months after he summitted his name, Okoroigwe is yet to receive an alert.

He is just one among thousands of transporters across the three senatorial districts in Anambra State – including Anambra Central, North and South – who are yet to access the government’s N30,000 survival funds.

What they cannot explain is whether or not the funds are still with the federal government, or if it has been disbursed to the state government, although Katagum had been quoted by several media reports as saying that a total of 155,920 beneficiaries in the transport track had so far been approved for payment.

The government deceived us

Like Okoroigwe, transporters in Nnewi, including bus drivers, taxi drivers, Keke Napep and Okada riders, had doubts when they first heard of the government’s decision to support them with the survival funds.

But because of how badly they were hit by the COVID-19, they had to submit their details and trust the government to fulfil its promise.

When Ike Okezue heard the news on radio in January 2021 that the federal government had decided to support transporters through the state, he felt they only wanted to make headlines.

“I was asked to summit my name as a member of bus drivers association here in Nnewi and I did. But since then, I have not heard anything about the money. None of my colleagues has received the money” an angry Okezue said.

He told Ripples Nigeria that they have attended several meetings. But their leader who had asked them to submit their names has not said anything because he has not received any money himself.

Okezue also spoke of how he had to withdraw his children from where they were attending private lessons because he could no longer afford to keep them there in the heat of the COVID-19.

“The priority for me was to feed them. It was difficult too but I kept struggling. So, I really needed the money. But I am yet to see it and I don’t think it will ever come again” he said.

Unlike Okezue whose association was at least informed about the grant, Orie Uzodinma, chairman of Keke Riders Association in Nnewi North, said he was not aware of any grant from the government.

He noted that rather than support members of the association, the government forced them not to carry more than two passengers in the heat of the COVID-19 and introduced a taskforce that monitored those who disobeyed the order.

“Nobody asked me to bring names of my members. None of us has received any money which would have gone a long way, he said”

He told our reporter that keke riders in Nnewi pay as much as N350 daily as tax. Yet, they cannot boast of anything they have benefitted from the government, not even the palliatives that were said to have been shared.

“Some of us had to started borrowing after we finished up our savings due to the impact of COVID-19. Our business was not moving. They should not have come out to make fake promises to people” he said.

Chukwudi Nwosu was the chairman of Motorcycle Transport Union, Nnewi North chapter when the government announced plans to support transporters with the survival Fund to cushion the effect of the COVID-19.

He said he was happy when he heard the news on radio and from his members, not because the money was much, but because it would have helped tackle certain family needs.

“Normally, the government would have called us together as leaders of transport unions and given us the money for our members because the outbreak of the COVID-19 really affected our business” he said. “But nobody from the government informed me,” he added.

Nwosu, who is now the treasurer of the union, said that it had been months since he and other members of the union heard the news and summitted their BVN and bank details as requested, yet not a single one of them has received any money.

In Onitsha, the story is the same

Transporters who spoke to Ripples Nigeria in Onitsha, Anambra North, did not have a different story to share. They said they were yet to receive any money months after the government made that promise.

The coordinator of Onitsha-Nnewi brother’s union, the major transport union plying the Nnewi- Onitsha route axis in Anambra, Daniel Nwaoba, said they held an executive meeting in January where the state chairman of the union told them that the government had promised to give them grants to help tackle the effect of the COVID-19.

He explained that they were not asked to write their names or summit any details as part of requirements to access to the grant and months after, their chairman has not said the government has paid any money.

“I and other executives have asked him severally about the money but he has kept saying there is nothing yet. Most often, we only hear such stories. But we don’t get to benefit,” he said.

When Ripples Nigeria contacted Christian Nwogwu, chairman of the union, he confirmed that he was yet to hear anything from the government as regards the grant for transporters.

“When I received the information, I told my members and they were happy. But as we speak, I have not heard anything from the government. I don’t know what has happened,” he explained.

In Awka the state capital, keke riders and shuttle drivers who spoke to our reporter said they did everything required to access the grant. But they are yet to receive the money.

One of the shuttle drivers who is registered with the National Association of Nigerian Students (NANS) at the Nnamdi Azikiwe University, Awka, believes that the government only wanted to play politics with the issue.

“We only heard the news and did what they asked us to do. But we have not seen any money. Forget the government. They are all crazy people,” the angry shuttle driver said.

When contacted for his reaction, Commissioner for Transport in Anambra State, Hon. Afam Mbanefo, referred the reporter to the director, transport operations at the ministry, Chris Okeke.

But while transporters who were interviewed said they did not receive the grant, Okeke said the scheme had ended and that many people benefitted.

He said the distribution of the grant was coordinated by the Anambra State Small Business Agency (ASBA) and that what the ministry of transport merely did was to ask the unions to bring names of their members which were forwarded to the agency.

“As they brought the names, we forwarded them and I can say that those who were captured have been paid and the project has ended.  Some of the transporter even called to confirm to me that they had received the money,” he explained.

Okeke confirmed to our reporter that many transporters could not access the grant because some of them were not forthcoming with the requirements which changed several times.

He explained that initially, ASBA said that it was BVN that the transporter needed to register.

“Later they asked people to send their bank details. Later they changed it again and at some point, the transporters became tired.

“As the requirements kept changing, we were asking the transporters to comply but most of them did not come back again. They even wondered why they were asked to get their BVN in the first place” he said.

He claimed that transporters who got the grants were those who were consistent as the requirements kept changing.

*This investigation is supported by the John D. and Catherine T. MacArthur Foundation and the International Centre for Investigative Reporting.