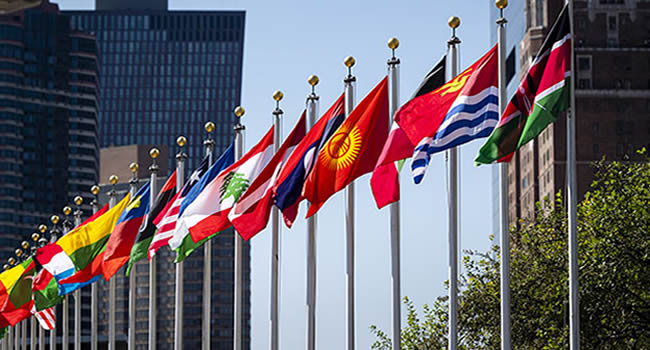 In a United Nations Conference on Trade and Development (UNCTAD) World Investment Report 2021 published on Monday and obtained by Ripples Nigeria, the country’s FDI increased from $2.3 billion in 2019 to $2.4 billion in 2020.

According to the report, Nigeria alongside Ethiopia recorded the third-best inflows in Africa last year.

Egypt was the largest recipient in Africa with $5.9billion worth of investments.

The Republic of the Congo followed with $4 billion, while South Africa was fourth with $3.1 billion, following a decline of 39 percent.

The report noted that COVID-19 had a significant impact on FDIs in Africa as investments to the continent declined by 16 percent in 2020 to $40 billion from $47 billion in 2019.

The report said the decrease was 20 percent lower than in 2009 caused by the global financial crisis.

It said: “For Nigeria, the average price of crude oil dropped by 33 percent in 2020, and lower demand along with supply-side constraints caused by the slowdown in site development restricted FDI to the country in the first half of 2020.

“Despite the pandemic, the long-term policy of FDI diversification appears to have had some impact. One important greenfield investment ($66 million) in the non-oil sector of the economy was the construction of a manufacturing facility in the Lekki Free Trade Zone by Ariel Foods.

“There was also a significant merger and acquisition deal in the same region, with China Communications Construction Company providing the initial $221 million equity injection in Lekki Deep Sea Port, out of a planned total investment of $629 million.

“Other transactions that contributed to FDI diversification, such as the investment by Multichoice Group (South Africa) in Betking, a provider of data hosting services, were relatively small.”

The report also listed MTN’s $1.6 billion investment to strengthen its 4G network services in Nigeria as a major FDI that would boost the nation’s investment going forward.

It projected FDI inflows in Africa to rise in 2021 but to a limited extent; adding that vaccine availability, domestic economic recovery policies, and international financial support would be critical to the revival of FDI and the post-pandemic recovery in the continent.