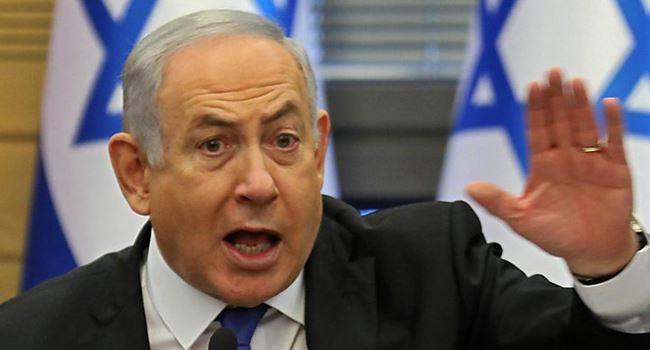 The Prime Minister of Israel, Benjamin Netanyahu, has denied bribery and fraud charges levelled against his person by the country’s attorney general, describing the move as an ‘attempted coup’.

Netanyahu who was reacting to the charges on Friday rejected all allegations, saying he would not step down as Israel’s prime minister despite being indicted on a series of corruption charges.

The Prime Minister denounced what he called the “false” and “politically motivated” allegations, hours after being charged by the attorney general with bribery, fraud and breach of trust. He denied all wrongdoing.

“What is going on here is an attempt to stage a coup against the prime minister,” Netanyahu said. “The object of the investigations was to oust the right wing from government.”

Attorney General Avichai Mandelblit had announced the indictment earlier on Thursday, calling it a “heavy-hearted decision” based only on solid legal evidence.

But Netanyahu said the investigators “weren’t after the truth, they were after me”.