Home » Politics » It’s wrong to criticise Buhari ‘in words or in the newspapers or through the internet’, Kumuyi cautions Christians 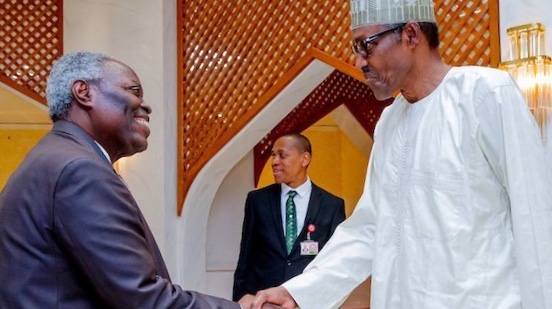 The General Superintendent of the Deeper Christian Life Ministry, Pastor William Kumuyi, on Sunday has admonished Christians across the nation not to castigate President Muhammadu Buhari, especially on the current situation of the country.

Kumuyi gave the charge during his sermon at the Deeper Life Bible Church Headquarters, Gbagada, Lagos. He explained that true Christians must obey constituted authorities and shun violence.

In the sermon which was titled “The Believers’ Preservation Until the Day of Visitation”, Kumuyi said that Christians were strangers and pilgrims in the world and must be Christ-like in their character, conducts and conversations.

Kumuyi, while reading from 2:11-25, maintained that the lifestyle of Christians must reflect Christ in a civil society, stressing that government derives its authority from God.

“Don’t attack the President of the country whether in words or in the newspapers or through the internet.

“Don’t disrespect leaders of the community and leaders in the church.

“If we are to honour the governors in the states, how much more the Pastors, ” Kumuyi said.

Read also: Lagos likely to revert to restriction of movement for environmental sanitation

He said that God wanted Christians to submit to the leadership he had given to them in the Church, community, country and corporate organisations.

The cleric, who stated that the end of life on earth was not the end of existence, urged Christians to always think of the day of reckoning in their character and conduct.