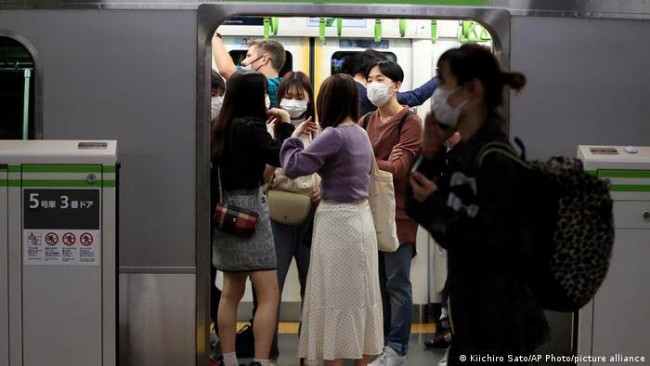 A 24-year-old Japanese has been arrested on charges of attempted murder in the capital Tokyo, after a knife attack on a train left at least 17 people injured on Sunday evening.

A police report stated that the incident happened as many people were streaming into the city center to celebrate Halloween.

Witnesses say the suspect was wearing a costume that appeared to depict the character of the ‘Joker’ from the Batman franchise.

At least one passenger, a man in his 70s, is said to be in critical condition after being stabbed in the chest, police said.

According to Japan’s public broadcaster NHK, the suspect was arrested after brandishing a knife and starting a fire on a moving train around 8 p.m. near the Kokuryo Station in Chofu City, in Tokyo’s western suburbs while heading for the busy Shinjuku Station in central Tokyo.

After his arrest, the suspect reportedly told investigators that he “wanted to kill people and be given a death penalty” and had hoped to kill at least two people, according to the police.

He was arrested at the scene by Tokyo Metropolitan Police on suspicion of attempted murder.