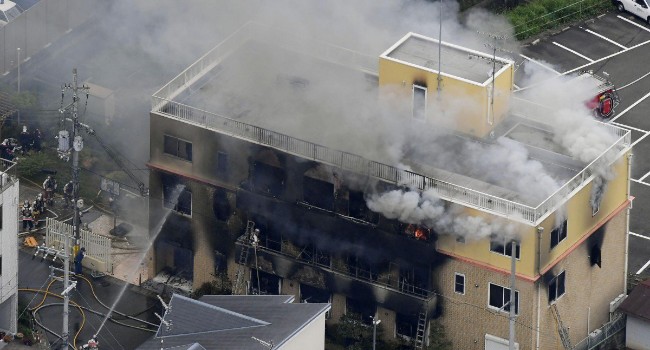 Local police in the Asian country of Japan have launched an investigation into a suspected arson attack which claimed about 33 lives in a horrific fire in the bustling city of Kyoto.

The deadly inferno gutted a building owned by the animation production company Kyoto Animation, a firm behind hit anime television series beloved by the genre’s many fans.

Reports say investigation into the deadly fire was being complicated by the fact that the chief suspect, a 41-year-old man detained on Thursday, suffered serious burns in the blaze and was in hospital.

On Thursday, Kyoto Animation president Hideaki Hatta said the firm had been threatened.

“There have been emails with death threats”, he told reporters, without giving further information.

Details were still emerging about the victims in the blaze, which also injured 36 people, 10 of whom suffered serious injuries.

US denounces China’s treatment of minorities, describes it as ‘stain of the century’

Gani Adams reveals why offensive against herdsmen is on hold