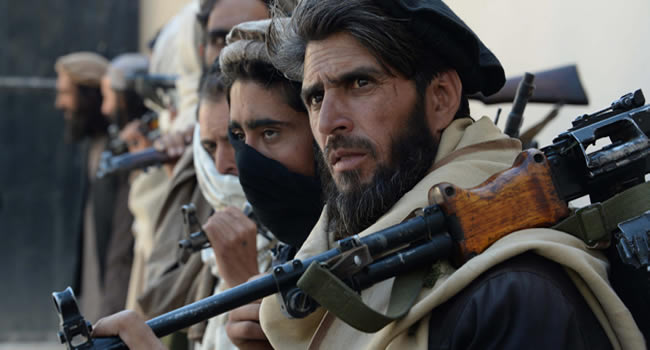 Gunmen claiming to be Taliban enforcers have killed three guests at an Afghan wedding ceremony on Friday, after demanding that the music they were playing be turned off.

The attackers had claimed to be from the Taliban government and demanded the guests stopped the music before opening fire on them when they refused to turn it off.

The three attackers reportedly opened fire at the wedding reception in the Surkh Road district in Nangarhar Province after they demanded the guests stopped playing music.

A local journalist who was interviewed by the CNN said 10 other people were seriously injured in the attack.

Taliban government spokesman, Zabihullah Mujahid, said two of the three attackers had been arrested but the other escaped, and denied they were acting on behalf of the Islamist movement.

“On Friday, at the wedding of Haji Malang Jan in Shamspur Mar Ghundi village of Nangarhar, three people who introduced themselves as Taliban, entered the proceedings and demanded that the music stop playing.

“As a result of firing, at least three people have been killed and several others have been injured.

“Two suspects have been taken into custody by the Taliban in connection with the incident and one who escaped is still being pursued.

“The perpetrators of the incident caught, who have used the name of the Islamic Emirate to carry out their personal feud, have been handed over to face Sharia law,” Mujahid narrated.

Music was banned the last time the Taliban ruled Afghanistan and, while the new government has not yet issued such a decree, its leadership still frowns on its use in entertainment and sees it as a breach of Islamic law.