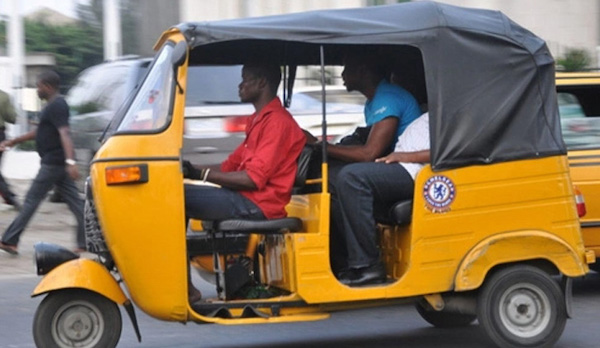 The Kano State governor, Abdullahi Ganduje, on Wednesday banned men and women from entering the same commercial tricycles across the state.

The ban takes effect from next month.

The governor, who announced the ban at the closing ceremony of the 77th annual Islamic Vacation Course (IVC) organised by Zone A of the Muslim Society of Nigeria (MSSN) held at Bayero University, said the state government was committed to upholding Islamic values in the state.

The governor was represented at the forum by the Commander General of Hisbah Board, Harun Ibn-Sina.

Commercial tricycles, popularly known as ‘A daidaita Sahu’ in Kano, were introduced by a former governor of the state, Ibrahim Shekarau, as a means of transportation for women only.

The Shekarau’s administration had in 2011 banned commercial motorcyclist from operating in the state after Boko Haram insurgents under the guise of commercial cyclists operators raided several parts of the state including the state police command headquarters.

Buhari has given Nigerians ‘the best Christmas gift’ —PDP