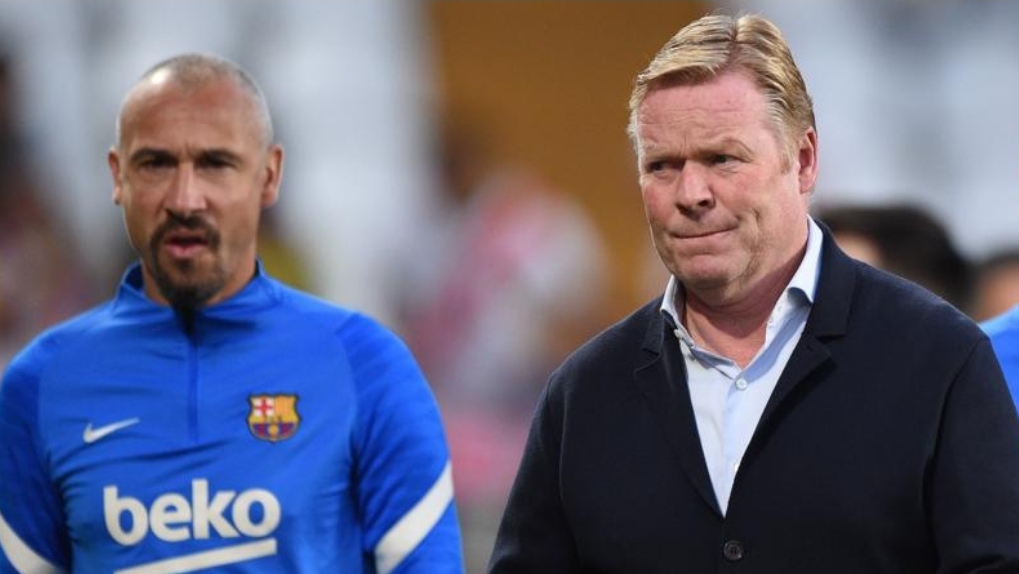 Barcelona have parted ways with Ronald Koeman after the club were stunned 1-0 by Rayo Vallecano in the La Liga on Wednesday night.

The Catalan club have hit rock bottom, having begun the new season with inconsistent results that have left them in ninth position in the league.

Koeman, who joined the club as manager in August last year, said the team had lost balance in the squad after losing very effective players.

Barca have picked up just 15 points from 10 games in La Liga and have already lost twice in the group stage of the Champions League this season.

In a statement after the loss to Rayo Vallecano, the Spanish club said: “The president of the club, Joan Laporta, informed him [Koeman] of the decision after the defeat against Rayo Vallecano.

“Ronald Koeman will say goodbye to the squad on Thursday.”

Koeman, 58, during his reign at the the five-time European champions could only guide them to third place in the league last season, with no Laurel.

He however won the Copa del Rey at the end of his first season but Barca finished behind Atletico Madrid and Real Madrid in La Liga with their lowest points tally since 2008.

With Koeman gone, club legend Xavi, who is now manager of Qatari side Al Sadd, is one of the favourites to replace Koeman.

The former Barca midfielder has repeatedly been linked to the managerial position of the club, and this could just be the appointed time.

But Barcelona are yet to make any announcement as regards a new manager but Mundo Deportivo on Thursday reported that the Catalan club have restarted their contacts with the former midfielder.

Barca will be playing against Alaves at the Camp Nou on Saturday, before traveling to Dynamo Kyiv next week for the matchday four clash in the Champions League.