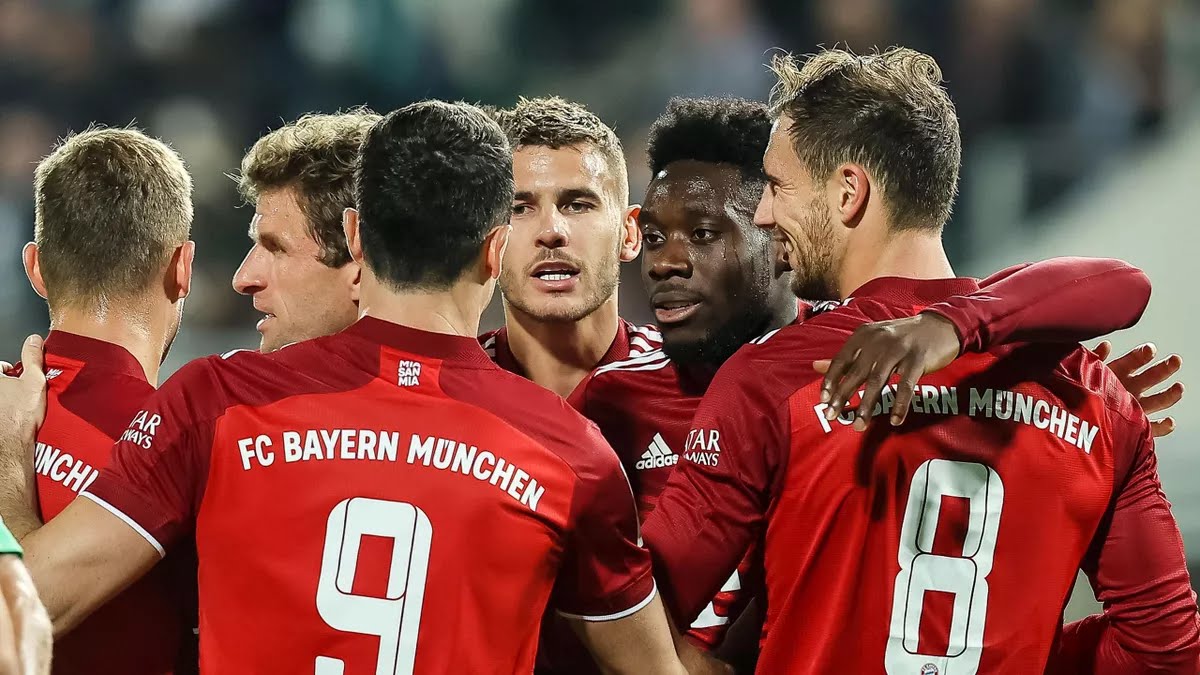 German champions Bayern Munich were subjected to a humilating defeat on Wednesday night in the German Cup as they lost 5-0 to Borussia Monchengladbach.

The defeat was their biggest defeat since 1978 (since a 7-1 defeat to Fortuna Dusseldorf in Bundesliga 1978) as they crash out of the competition in the second round.

Kouadio Kone, Ramy Bensebaini and Breel Embolo were the goalscorers for the hosts, with the latter two netting a brace each.

Gladbach scored with five of their six shots on target – with Bayern having more possession and more efforts than the hosts without scoring.

It was only the second defeat Bayern have suffered under manager Julian Nagelsmann and ended a run of scoring in 85 consecutive games.

Nagelsmann was at home self-isolating, having tested positive for Covid-19.

Bayern’s record defeat remains a 7-0 home loss to Schalke in the Bundesliga back in 1976, but this is their biggest defeat in the German Cup, which they have won a record 20 times.

Meanwhile, Gladbach, prior to this game, had lost four of their past eight games, and are currently in the bottom half of the Bundesliga.

Koeman’s reign ends at Barcelona. Could Xavi become next boss?