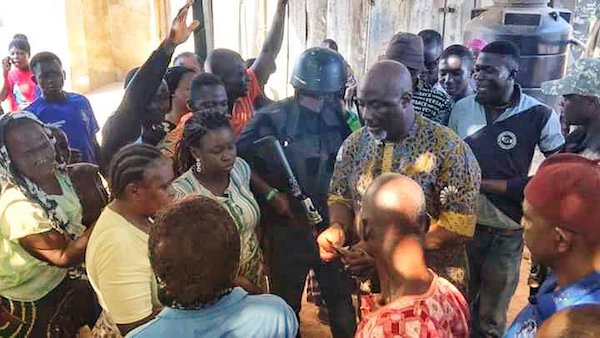 Participation Initiative for Behavioral Change in Development (PIBCID), 2Baba Idibia Foundation and youth-focused civil society organizations, have expressed displeasure with the conduct of political parties during the governorship election in Kogi State.

They described Saturday’s election in the state as a disappointment to the nation’s democracy.

The groups chided the parties for not keeping to their words of ensuring peaceful participation in the election.

Executive Director of PIBCID, Halimat Sadiq, during a press conference at PIBCID office in Lokoja, noted regrettably that the election was marred by violence and voter intimidation.

According to her, PIBCID, 2Baba Idibia Foundation and youth-focused civil society organizations had earlier engaged in civic and voter education campaigns in all 21 Local Government Areas (LGAs) in Kogi state to promote peaceful elections, which political parties signed peace pledges and promised to run peaceful campaigns.

She said the reports from various polling units was that there were incidents of ballot box snatching, sporadic gunshots, vote buying and intimidation of voters.

Halimat further stressed that all these incidents of electoral violence are sad and unacceptable, as youths she added must not be used as instruments of violence and become victims at the same time.

The groups urged INEC to cancel all the polling units violence have been recorded in the State, as they call on Kogi youths to shun all forms of electoral violence and exercise their civic responsibilities peacefully.

While they emphasized that children of the politicians who sponsor electoral violence are not in Nigeria, they urge Kogi youths to use their better sense of judgment.