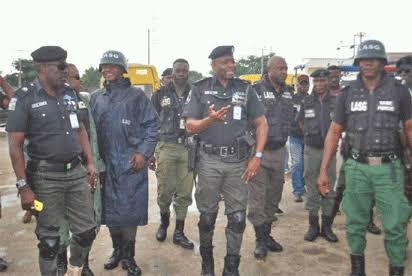 The operatives of the Lagos State Environmental Sanitation and Special Offences Agency (Taskforce) on Monday impounded 134 motorcycles for violating traffic rules in the state.

The operatives also seized a branded commercial motorcycle known as ORide and arrested its rider for driving against traffic.

The motorcycles were impounded during the agency raids on restricted routes at CMS, Marina, Apongbon, and Yaba areas of the state.

The Chairman of the Task force, Olayinka Egbeyemi, a Chief Superintendent of Police (CSP), said the erring persons have been arraigned in court for flouting the state traffic regulations.

According to him, the taskforce carried out the exercise due to complaints about the “illegal activities of motorcyclists and their reckless driving on the highway.”

He said the agency would extend its operation to Victoria Island and the Lekki-Ajah corridor to check motorcyclists’ illegal operations on that axis.

He said: “The routes being plied by the motorcyclists are restricted in accordance with the Lagos Traffic Laws which states that every motorcycle operator must wear crash helmets, be above 18 years and should not ride on kerb/median/road setbacks.

“The riders must also avoid restricted routes, they must not install any musical gadgets and must wear an apron, among other directives.

“The ORide motorcyclists are gradually becoming a problem on our roads by driving against traffic. They must adhere to state traffic rules and regulations. That is absolutely important.”