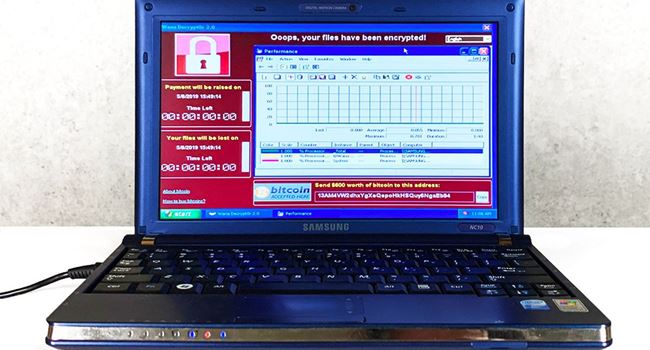 A Samsung NC10 laptop filled to the brim with some of the world’s most dangerous viruses just sold for $1.35 million, Digital Trends reports.

The laptop is the work of contemporary internet artist Guo o Dong, as commissioned by cybersecurity firm Deep Instinct. Titled “The Persistence of Chaos,” the malware contained within the computer is said to have caused financial damages worth $95 billion.

The Samsung NC10 is infected with the WannaCry ransomware, which affected more than 200,000 computers across 150 countries and caused nearly $4 billion in damages, including $100 million to the United Kingdom’s National Health System.

Also inside the laptop is the BlackEnergy trojan, which was used in a cyberattack that caused a large-scale blackout in Ukraine in December 2015.

The other contents of the laptop are almost like a continuation of a who’s who in the history of malware. These are the ILOVEYOU virus that was distributed through email and file sharing to cause $15 billion in damages; the MyDoom worm that is said to have been commissioned by Russian e-mail spammers, resulting in $38 billion in damages; the SoBig worm and trojan that circulated through emails and damaged both software and hardware, affecting hundreds of thousands of PCs and dealing $37 billion in damages; and the DarkTequila malware, which stole bank credentials and company data even while offline, to the tune of millions of dollars in damages.

Guo told The Verge that the intent behind the piece was “to make physical the abstract threats posed by the digital world.”

“We have this fantasy that things that happen in computers can’t actually affect us, but this is absurd,” Guo said. “Weaponized viruses that affect power grids or public infrastructure can cause direct harm.”

AI could have damaging effect on our mental health, researcher reveals