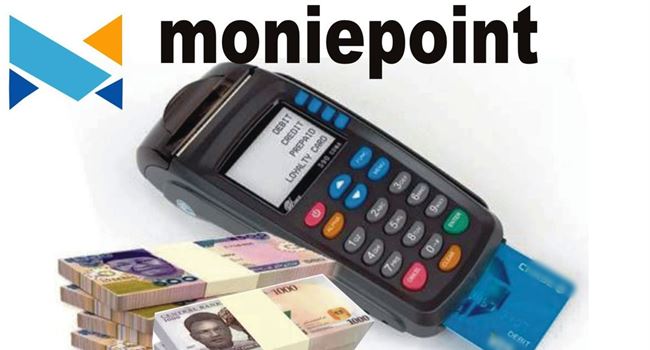 One year old mobile money platform, Moniepoint, has recorded new highs as it turned the largest non-bank mobile money service in the country. This development followed a milestone that indicated that the startup, operated by Nigerian fintech player TeamApt, has averagely processed 13 million transactions monthly. Speaking on the development, the Lagos-based TeamApt noted that it was formed given its interest in solving inefficiencies in Nigeria’s growing digital financial services market.

Reviews revealed that the startup has a variety of products, including payments service AptPay, digital banking solution Moneytor, and Profectus Robotics, a back-office automation solution. In addition, the startup has counted 100 per cent of the country’s commercial banks amongst its customers. It added that it secured in 2019 a switching licence from the Central Bank of Nigeria (CBN) as well as a US$5.5 million funding round. On records, Moniepoint processes 13 million transactions monthly with a value of NGN197 billion (US$516 million), while averaging 23 per cent month-on-month user growth.

Codenamed Spongein, two young South African entrepreneurs have developed a free-to-download edtech app for local learners. According to press, the app functions to assist grade 10, 11, and 12 learners in revising for their upcoming exams and will be free until the end of 2020. By founders in their 20s, Tsepo Sehona (age 28) and Lebone Segolodi (27), Spongein, the app allows learners to watch lessons and revise content in seven subjects. Although, the app doesn’t have a complete inventory of subject, the subjects currently available include maths, maths lit, English, Afrikaans, Zulu, lif science, and physical science.

However, with the impacts of the pandemic shifting methods of learning, local students have had to adapt to learning via technological tools, and this ‘Netflix’ for learners, as the founders termed it, aims to be a useful resource in empowering young minds. Explaining terms, Segolodi, co-founder of Spongein noted that currently the app is focusing on matriculant students but plans to expand its offering to both grade 10 and 11 learners. “We currently aim to make learning easier for grade 10, 11, and 12 students from the comfort of their homes, launching with Term 3 content for the aforesaid grades. For this time period, we are only focusing on matriculants and they can access the app for free,” he clarified.

A leading Southern African investment impact firm, Secha Capital, has reportedly announced the launch of its new capital fund to support established SMEs in the region. The firm, as it provides long-term capital to established SMEs, made the announcement following the closure of its second fund worth $30-million (R400-million). According to press, however, the fund will adopt an impact investment model and aims to accelerate the growth of the selected SMEs, fostering economic growth within the small business sector.

Commenting on the development, Rushil Vallabh, co-founder and managing director of Secha Capital, noted that the decision to enter the investment was a testimony to its unconditional testimony towards supporting enterprises. He said: “Fund one was always proof of concept: Can we complement growth capital with human capital to solve SME pain points and accelerate growth? Our portfolio data is a resounding yes. It is now time to replicate and scale this investment model across Africa. We need to grow the Secha team to help more SMEs.” Labelled Secha Capital Impact, the initiative is expected to be a Southern Africa early-stage operations-focused impact private equity fund.