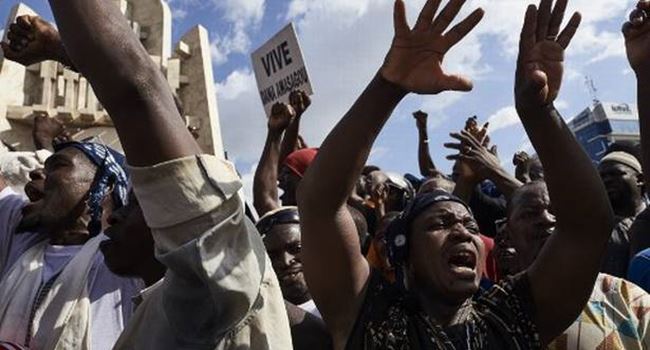 An angry mob of protesters have killed two police officers including Issiaka Tounkara, the Divisional Commissioner of the Niono Police, over alleged links with bandits.

The police officers were lynched by an angry mob in Mali’s central Ségou region, who were particularly calling for Tounkara to resign, authorities have confirmed.

“A horde of people armed with projectiles of all kinds ransacked the station and attacked the staff,” a statement from the security ministry said.

Police officers at the station fled after firing warning shots and efforts to repulse the crowd failed. One protester also died.

“Our commissioner was killed by demonstrators who accused him of abuses. He was back after a two-week absence. His departure was requested by the population, who could not bear his return,” said an official from the Niono police station, shortly after the tragedy.

Reports say demonstrators were angered by the return of the police chief, who had been working in another region, while some residents also accused him of having links with bandits.

“Since his appointment, there have been more motorcycle thefts, robberies and looting,” alleged one protester.

Afenifere chieftain Adebanjo calls for break up of Nigeria