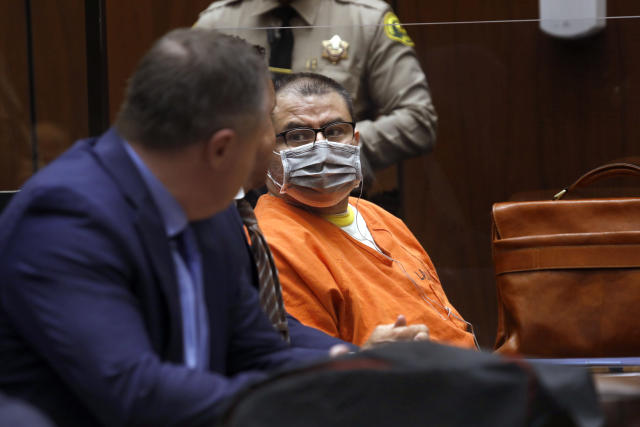 Naasón Joaquín García, the leader of the Mexico-based megachurch, La Luz del Mundo, was on Wednesday, sentenced to 16 years in prison by a court in California, USA, for s3xually abusing young girls in the church and turning them into his sex slaves.

García, 53, pleaded guilty to two counts of forcible oral copulation involving minors and one count of a lewd act upon a child who was 15. In exchange, prosecutors dropped 16 counts that included allegations of raping children and women, as well as human trafficking to produce child pornography.

At his sentencing, prosecutors said García, who was considered as the “undisputed apostle of Jesus Christ” by his five million followers worldwide, “used his spiritual cloak have sex with girls and young women who were told it would lead to their salvation, or damnation if they refused.”

Before handing down the sentence, Judge Ronald Coen, who called García a sexual predator, said:

“I never cease to be amazed at what people do in the name of religion and how many lives are ruined in the guise of a supreme being.”

A lawyer to one of the victims who spoke to the media after the ruling, said the sentence came after nearly three hours of emotional statements by five young women García was charged with sexually abusing.

Read also :Money has become the god of many church leaders —CAN President

“They had once been his most devoted servants. But in court they called him “evil” and a “monster,” “disgusting human waste” and the “antichrist.”

“I worshipped my abuser. He used me over and over again like a sacrificial lamb taken to slaughter,” said a woman identified as Jane Doe 4 who said she was Garcia’s niece.

After the verdict, the church which is also known as the ‘Light of the World’, said in a statement that García pleaded guilty because he didn’t think he could get a fair trial after prosecutors withheld or doctored evidence.

“The Apostle of Jesus Christ has had no choice but to accept with much pain that the agreement presented is the best way forward to protect the church and his family,” the church said.

Related Topics:Mexican church leader
Up Next

Iran executes 12 convicts in one day amid international outrage