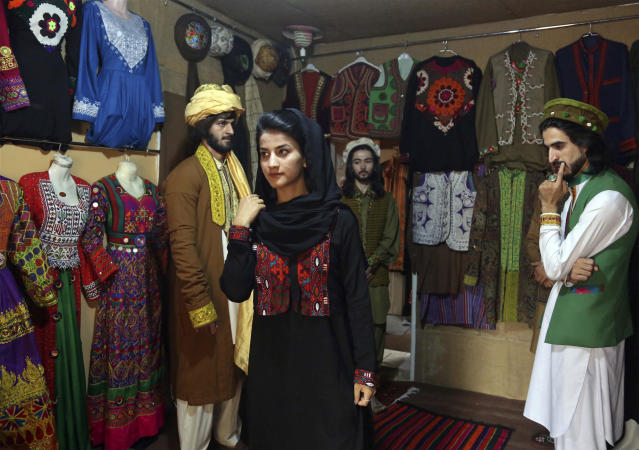 The Taliban forces have arrested a popular Afghanistan fashion model, Ajmal Haqiqi, alongside three of his colleagues after accusing them of disrespecting Islam and the Muslim Holy Book, the Quran, in video clips.

In the video clips which the Taliban found offensive, Haqiqi is seen laughing as his colleague, Ghulam Sakhi who is known to have a speech impediment that he uses for humor, and reciting verses of the Quran in Arabic, in a comical voice.

According to a post on Twitter by the Taliban intelligence agency on Wednesday, Haqiqi who is best known in the Middle East for his fashion shows, YouTube clips and modeling events, was seen in handcuffs as he was being led away.

After the arrests, the Taliban released a video of Haqiqi and his colleagues standing in light brown jail uniforms and apologizing to the Taliban government and religious scholars.

The video was accompanied by a tweet in the Dari language, saying:

“No one is allowed to insult Quranic verses or sayings of the Prophet Muhammad.”

In a statement by Amnesty International, the human rights body urged the Taliban to “immediately and unconditionally” release Haqiqi and his colleagues.

The statement signed by Samira Hamidi, AI’s South Asia campaigner, denounced the arrests and said that by detaining “Haqiqi and his colleagues and coercing them into apologizing.”

“The Taliban have undertaken a blatant attack on the right to freedom of expression and have continued with the censorship of those who wish to freely express their ideas,” the statement added.

Related Topics:AfghanistanTaliban forces
Up Next