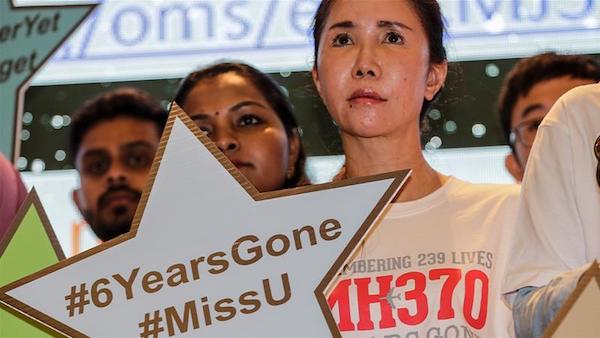 The families of the 239 people who were on board the MH370 flight when it went missing about six years ago, have called on concerned authorities to resume search to find the missing Malaysian aircraft.

Scores of the affected relatives of the missing MH370 passenger flight made the demand on Saturday while attend a remembrance ceremony to mark the sixth anniversary of the plane’s disappearance.

Many were seen holding star-shaped signs reading “Never give up”, “Waiting” and “Resume the search”, as they marked the sixth anniversary of aircraft’s disappearance by making a fresh appeal for answers.

“There are more questions than there are answers and that shouldn’t be the case after six years,” she told reporters after the event.

Recall that the MH370 which was making its way from Kuala Lumpur to Beijing on March 8, 2014, disappeared less than hour after taking off and ever since, there has been no trace of the plane after repeated searches for the aircraft, focusing on the far south of the Indian Ocean, were called off in 2018.