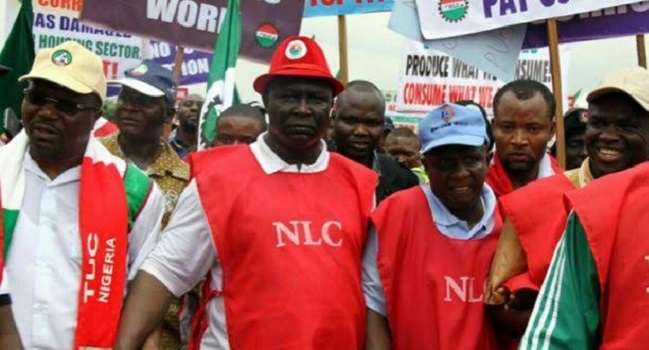 Speaking in an interview with the News Agency of Nigeria (NAN) the Secretary of the JNPSNC, Mr. Bashir Lawal, said that the council will not cease to ensure that workers received their entitlements.

According to Lawal, the increase in percentage of the entitlements being negotiated by the JNPSNC is to ensure that workers who have not benefited from minimum wage since 2011 get something reasonable from the new wage increase.

”We have not sabotaged the processes. The committee is still negotiating the relativity. The council wants to maintain relativity on salary adjustment of workers on the two sides of the grade levels,” the unionist stated. He said that negotiation was going on and that the committee would meet on Aug. 23, to reach an agreement on the percentages to be paid to workers on both sides. ”Since negotiation is still on, we will not go on strike. For any strike to achieve its desired result there must be sensitisation in every area.

”But if all the discussions and negotiation fail to yield fruitful result, we will do the needful,” Lawal, who is also the Secretary General of the Association of Senior Civil Servants said.

He said that he did not know what effect the current travails of the Head of the Civil Service of the Federation, Mrs Winifred Oyo-Ita, who is the Chairman of the committee would have on the Aug. 23 meeting.

Lawal also pointed out that the tenure of the chairman of the National Salaries, Incomes and Wages Commission, who is also a member of the committee had expired and that another person had not been appointment to replace him in the negotiations.

The Federal Government had attributed the delay in the implementation of the “Consequential Adjustment” of the N30,000 new minimum wage on what it described as “the unrealistic demands of labour unions’’.

Recall that labour had asked for consequential adjustment but government said that it had made budgetary provision for an adjustment of N10, 000 across board for those already earning above N30, 000 per month.

But the JNPSNC declined the offer, saying that since the increase in wage from N18, 000 to N30, 000 was 66 per cent, they wanted 66 per cent increment across board for all workers.

Government on its part refused, saying that it would not exceed what had been provided for in the budget for the payment of the wage entitlements.

But labour turned down government’s offer, proposing 30 per cent increase for levels 7 to 14 and 25 per cent for levels 15 to 17.