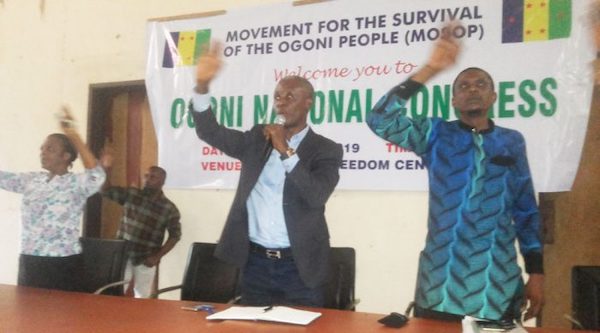 The Movement for the Survival of the Ogoni People (MOSOP) on Friday tasked the military and police to return peace to the troubled Ogoni communities.

It also implored the security agencies to fish out the perpetrators of the barbaric and retrogressive killings and arson within the communities.

The umbrella organisation of the Ogoni people also called on traditional rulers, opinion leaders and other influential stakeholders in Ogoni to put their differences aside and work for the peace and security of the area.

MOSOP, through its Publicity Secretary, Sunny Zorvah, made the call in Port Harcourt.

Recall that nine people were killed in the latest killings and arson within the communities.

The incident also led to destruction of valuable properties, especially in Khana Local Government Area, one of the four Ogoni councils, in spite of the recent launch of a new security outfit, Operation Sting, by the Nyesom Wike administration.

In the attack, the palace of the paramount ruler of Taaba-Ogoni in Khana LGA, King Nule Junior, was razed, while the house of MOSOP President, Chief Legborsi Pyagbara, at Nyokuru-Ogoni in Khana council, was also burnt.

The umbrella organisation of Ogoni people said: “MOSOP received with sadness, the reports from some Ogoni communities of the sudden outbreak of violence and killings carried out by members of some cult groups in the area.

“The renewed violence, which took place in Okwale on Tuesday, spilled over to Taabaa and Nyokuru, all in Nyokhana district in Khana LGA.

“MOSOP is pained over these unjustified attacks, which led to the burning down of the house of MOSOP President in Nyokuru. We are also saddened by Tuesday’s killing of many persons and attack on the residence of Chief Monday Abueh and other persons in Okwale by cult gangs.”

MOSOP also declared that the ugly situation in Ogoni demanded urgent and thorough actions by the critical stakeholders, as well as for every necessary step required of the Rivers state government to be quickly taken, to prevent the breakdown of law and order.

Rivers police spokesman, Nnamdi Omoni, a Deputy Superintendent of Police (DSP), assured that policemen were on the trail of the killers and arsonists, in order to bring them to book, thereby serving as a deterrent to other criminally-minded persons.