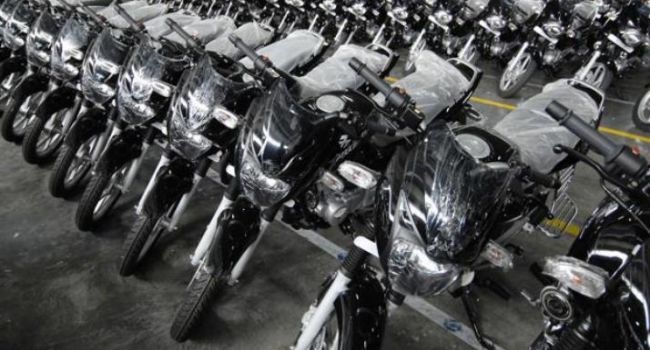 The National Bureau of Statistics (NBS) has revealed that the volume of motorcycles imported into the country has dropped significantly by N92 billion in the first half of 2022.

NBS stated this in its ‘Foreign Trade in Goods Statistics, obtained by Ripples Nigeria on Monday.

Analysis of the report showed that importation of motorcycles in 2022 did not reach the average of N150bn of the previous two halves of 2021.

However, in the first six months of 2022 only N120.1 billion worth of motorcycle import was brought into the count.

The downward trend could be connected to the ban of motorcycles for commercial purposes, also known as okada, by state governments as well as a proposal by the federal government to stop its use in the country.

Government had justified the ban over increased use by criminals and terrorists to perpetrate crimes.

Related Topics:MotorcyclesMotorcycles import
Up Next