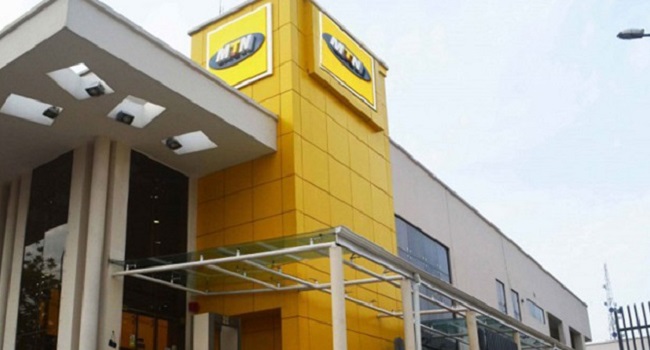 MTN Nigeria Communications Plc, has said its earnings increased by 5.6% to N51.146 billion at First Quarter 2020 relative to the same period of 2019.

The full details of the telecom’s financial performance in the period under review are contained in its Unaudited Condensed Consolidated Interim Financial Statements, posted on the Nigerian Stock Exchange (NSE) website Wednesday morning.

MTNN reported that mobile subscribers increased by 4.2 million to 68.5 million while active data subscribers rose by 1.7 million to 26.8 million during the period.

“We continued to deepen data penetration with the further rollout of 4G sites, increasing 4G population coverage to 48% in Q1 2020 from 44% as at year-end 2019.

“We saw strong growth in digital and fintech revenue with digital revenue growing by 63.7%, while fintech was up by 36.1%. Our mobile money network has grown to 178,000, adding 70,000 agents during the quarter,” said Ferdi Moolman, MTNN Chief Executive Officer.

With outstanding shares numbering about 20.355 billion, MTNN’s dividend yield is 4.671%.

Reuters puts its Return on Equity at 16.38 and Return on Investment at 27.15. According to Simply Wall Street, the stock is currently undervalued, trading below its fair value at more than 20%.

MTN Group Limited, Africa’s biggest wireless operator and the parent company of MTNN, said at the beginning of April it would not back down from its ambition to sell 15% of its 79% stake in its MTNN, having run into several conflicts with authorities in Nigeria, its biggest market.

MTTN opened trade on the floor of the NSE on Wednesday at N104.9 per share.

Related Topics:fintechMTN Nigeria
Up Next