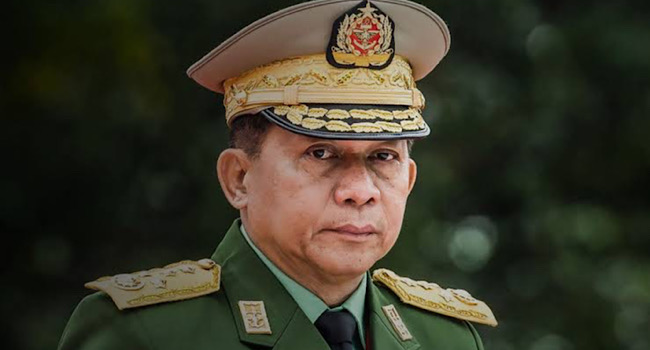 The monitoring group Assistance Association for Political Prisoners has revealed that more than 384 people have been arrested in a wave of mostly night raids since the February 1 coup in Myanmar.

The group revealed this in a statement on Saturday as tens of thousands took to streets for the ninth day and the military continues to hunt down protest backers and stepping up arrests in the troubled country.

“DAILY UPDATE! Verified detentions in relation to coup as expected rise… 384 individuals have been detained since 1 Feb. International support urgent!!, the group posted on Twitter.

“While the international community is condemning the coup, Min Aung Hlaing is using every tool he has to instigate fears and instabilities,” activist Wai Hnin Pwint Thon from the UK-based rights group Burma Campaign UK said on Twitter, referring to the army chief.

Meanwhile, unverified pictures on social media have fueled rumours that criminals are trying to stir unrest by setting fires or poisoning water supplies.

Tin Myint, a resident of Sanchaung Township in Yangon, was among the crowds who detained a group of four people suspected of carrying out an attack in the neighbourhood.

“We think the military intends to cause violence with these criminals by infiltrating them into peaceful protests,” he said.