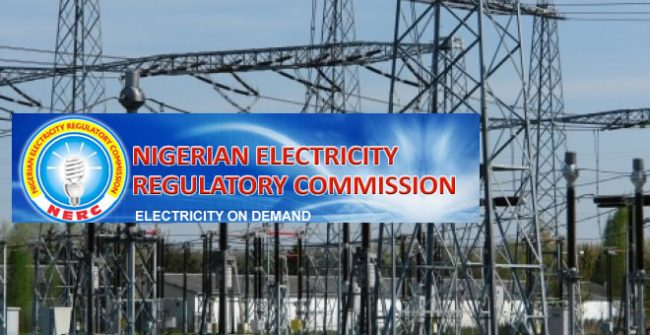 The Nigerian Electricity Regulatory Commission (NERC) on Wednesday suspended the board of directors and other management staff of Ibadan Electricity Distribution Company (IBEDC) over failure of the firm to recover an inappropriate shareholder loan of N6 billion.

The amount was given to Integrated Energy Distribution and Marketing Group (IEDMG) Ltd, which is contrary to extant market rule in the Nigerian Electricity Market (NEM).

In a statement by the Media Head, Vivian Mbonu, the commission stated that the suspension was enforced through its Order No. NERC/181/2018 of June 19, 2018, adding that the IEDMG was the core investor in IBEDC following the privatisation of electricity Distribution Companies (DisCos) by the Federal Government.

It explained that the loan was granted by IBEDC from funds released to all DisCos by the Central Bank of Nigeria under the Nigeria Electricity Market Stabilisation Fund to improve the networks and reduce Aggregate Technical, Commercial and Collection (ATC&C) losses.

The commission had earlier fined IBEDC N50 million on September 18, 2017.

The fine was for non-compliance with Order No NERC/173/2017 directing the firm to fully recover the outstanding sum of N5.7 billion being the balance of the loan granted by the utility to IEDMG.

Meanwhile, the management of IBEDC said it has made all outstanding payment on the N6 billion loan that led to the suspension of its directors by the commission.

In a statement on Wednesday, IBEDC Secretary, Seye Alayande, said the suspension came as a surprise, noting that as of June 14, 2018, the IEDMG had made all outstanding payment up till May 2018, in respect of the monthly ₦150million commitment to the loan.

Alayande said the decision was unwarranted since the directors have shown willingness and commitment to fulfilling the financial obligations to IBEDC.

“The suspension, which was premised on alleged non-compliance with the repayment terms of investors’ commitment to the company, is not only unwarranted but injudicious given the circumstances and realities of issues at stake.

“We say so for the following reasons: firstly, as NERC rightly observed in its order, IBEDC complied with the payments of the fine and interest on the pre-takeover expenses as imposed by the regulatory authority.

“Secondly, NERC and IBEDC reached an understanding in respect of the ₦5.7billion outstanding due for payment by Integrated Energy Distribution & Marketing Group Limited (IEDMG).

“The two parties reached an understanding that the repayment of the 5.7billion plus interests would be made from the refund of the sum due from the federal government on the stalled Yola Electricity Distribution Company transaction. This position was to the knowledge of the Bureau of Public Enterprises, BPE.

“The understanding from BPE, which was conveyed to NERC was that the refund which had been due to IEDMG as far back as 2015, could only be made after the 2018 appropriation bill is signed into Law.

“To demonstrate commitment and good intention, IEDMG reached an understanding with NERC to pay ₦150million monthly to IBEDC beginning from January 2018, while awaiting the refund from BPE in respect of Yola transaction.

“It is true, as NERC claimed, that as at 20 April 2018, the payment for January February and an additional ₦130million had been effected.

“More importantly, however, is the fact that as of Thursday, 14th June 2018, IEDMG had made all outstanding payment up till May 2018, in respect of the monthly ₦150 million commitment.

“It is for this reason that the board of IBEDC is at a loss over this seemingly hasty decision to suspend the directors who had not only demonstrated willingness and commitment to fulfilling its financial obligations to IBEDC, but have collectively shown dedication to the cause of the company.

“It is our hope that NERC will take a second look at the issue in contention and reverse this decision in the interest of all the stakeholders and the nation,” the statement read.