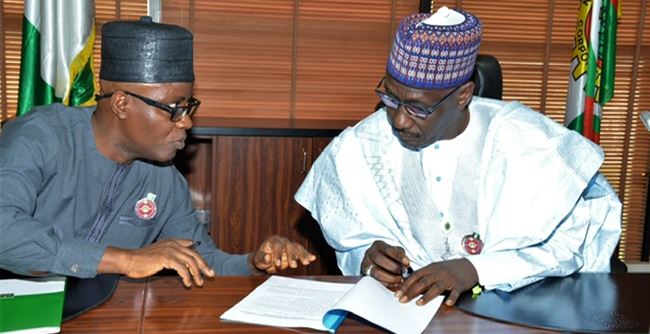 The Nigeria Extractive Industries Transparency Initiative (NEITI) and the Nigerian National Petroleum Corporation (NNPC), on Saturday, inaugurated a joint committee to determine outstanding payments due from the national oil company to the Federation Account.

The committee is expected to work on the findings and recommendations contained in NEITI reports on the operations of the NNPC.

The Executive Secretary of NEITI, Waziri Adio,while speaking at the inauguration which held at the headquarters of the NNPC in Abuja, said part of the functions of the committee was to examine the legacy and other lingering issues in NEITI reports.

The issues include outstanding revenues to be remitted to the federation account and the methodology being used in the pricing of federation equity crude, Adio said.

Others include issues surrounding the management of the daily allocation of 445,000 barrels of crude oil to the NNPC for domestic use.

According to him, the committee would focus special attention on the key findings in NEITI reports as they affect NNPC, its subsidiaries and advise the two agencies on strategies for remedy.

“There is also the issue of divestment of Nigeria’s share in some joint venture assets.

“The joint committee is also to examine NEITI’s expectation from the NNPC on proactive disclosure of information and data on its operations in an open and accessible format”, he said.

Describing the inauguration of the committee as a major milestone in the relationship between NEITI and the NNPC, Adio added: “We have moved from open hostility to grudging acknowledgement to where we are now. It took NEITI and the NNPC 15 years to get to this point. That is what EITI is about – collaboration and not antagonism.”

Also speaking at the event, the Group Managing Director, NNPC, Mele Kyari, reaffirmed the commitment of the corporation to the implementation of the EITI in Nigeria.

He said: “We are part of the working group on commodity trading and many other EITI interventions globally.

“We are committed to ensuring that the observations in the NEITI reports do not repeat themselves, many of which are due to lack of communication. We have a responsibility to manage the resources of this country in an equitable and responsible manner.”