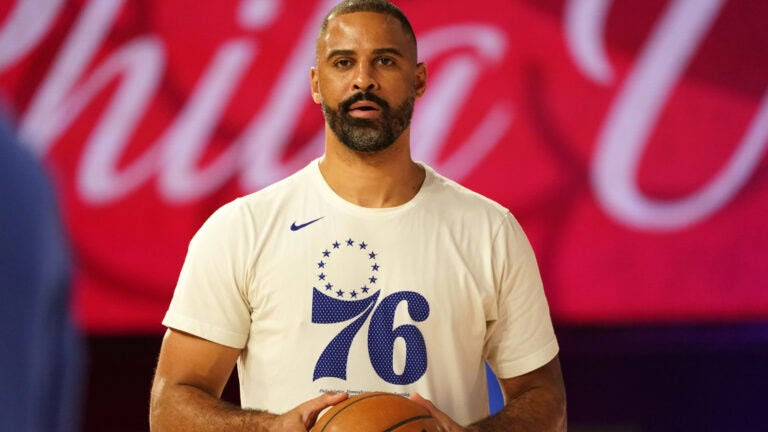 Former D’Tigers star, Ime Udoka is reportedly set to land a new job as the head coach of Celtics, which would make him the first Nigerian head coach in the NBA.

His hiring was first reported by ESPN, although the basketball side are yet to make an official announcement of the appointment.

Udoka, whose father was born in Nigeria of Ibibio descent, played for the Nigerian National Team in the 2005 FIBA African Championship, where he helped the team earn the bronze medal.

He went on to help D’Tigers get out of the group stage in the 2006 FIBA World Championship before guiding them to another bronze medal in AfroBasket 2011.

The official Facebook handle of the D’Tigers has also celebrated their own.

The 43-year-old, who played for seven seasons in the NBA during his playing days, has been in the league as an assistant coach for nearly a decade.

Udoka spent a bulk of that time working under his former head coach in San Antonio, Gregg Popovich, before leaving the Spurs to be an assistant under Brett Brown in Philadelphia before jumping to the Brooklyn Nets this season.

Having had a bright career so far and also receiving excellent reviews from across the league, Udoka is set for a new challenge in Boston.

Udoka will be taking over a Celtics team that reached the Eastern Conference finals in three of the previous four seasons before plummeting to the No. 7 seed this year and losing in the first round to Brooklyn.