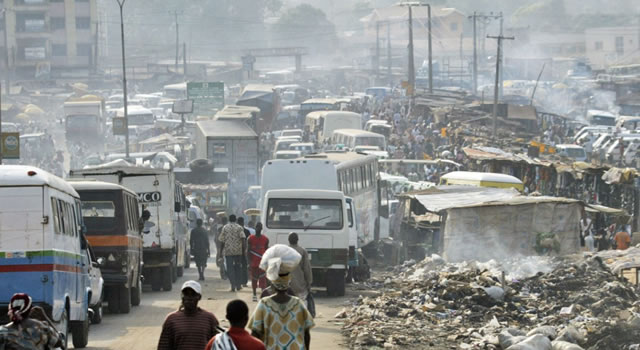 Despite its abundant blessings in human and natural resources, Nigeria will by 2050 along with DR Congo, become homes for more that 40 per cent of extremely poor people in the world.

This was revealed by a report by Bill and Melinda Gates Foundation, Goalkeepers, in its 2018 report released on Tuesday. It said that by 2050, Nigeria will have 152 million people in extreme poverty, out of a projected population of 429 million.

The foundation said this would be as a result of the country’s failure to investment in human capital to correspond with the increasing population growth.

Nigeria, currently the seventh most populous country in the world with an estimated population of 198 million, has had poor nutrition, high maternal and infant mortality as major contributors to relatively low average life expectancy of its citizens.

Produced in partnership with Institute for Health Metrics and Evaluation (IHME), at University of Washington, the annual report tracks progress being made on the United Nations sustainable development goals (SDGs).

Different international reports had also painted a picture of the worsening poverty situation in the Africa’s most populous and oil rich country.

A report by Brookings Institution had earlier in June claimed that Nigeria had surpassed India as the nation with the highest number of poor people, with 87 million of its citizens in extreme poverty.

This was even as International Monetary Fund (IMF), had also in March claimed that Nigerians are getting poorer as a result of lack of coherent and comprehensive economic reforms.

In its report, Goalkeepers said that while more than a billion in the world have lifted themselves out of extreme poverty since 2000, “extreme poverty is becoming heavily concentrated in sub-Sahara African countries.”

“By 2050, that’s where 86 per cent of the extremely poor people in the world are projected to live. The challenge is that within Africa, poverty is concentrating in just a handful of very fast-growing countries.

“By 2050, for example, more than 40 per cent of the extremely poor people in the world will live in just two countries: Democratic Republic of Congo and Nigeria. Even within these countries, poverty is still concentrating in certain areas.”

READ ALSO: Despite being world’s extreme poverty capital, Buhari’s govt claims it has moved 10m Nigerians out of poverty

To address the crisis, the foundation said there must be adequate investment in young people, especially in areas of education, health and human capital development.

“Investing in young people’s health and education is the best way for a country to unlock productivity and innovation; cut poverty, create opportunities and generate prosperity,” the report said.