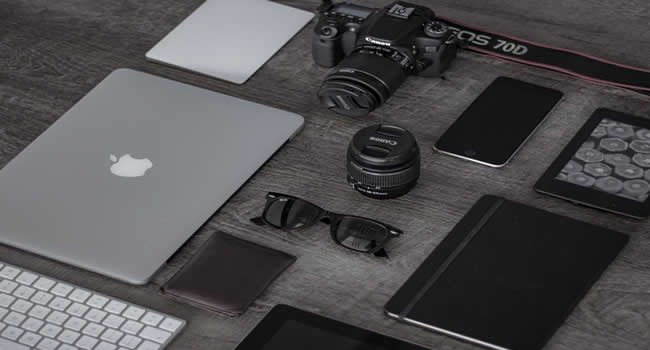 Nigerian startup CDcare has launched an online marketplace that allows users buy appliances and pay in monthly or weekly instalments at zero interest.

The startup combines savings and loans features in its marketplace, where users automate the payment of a monthly or weekly amount towards buying an appliance.

The startup works in a fashion such that once up to half of the cost of the item has been saved, it is shipped, and the automatic payments continue until full payment is made.

According to the team, the bootstrapped startup is in the process of raising funds to scale the venture.

Today, it has delivered more than 1,000 items across 20 Nigerian states since it was launched in February 2020 by Ayodeji Farohun and Oluwatobi Odukoya.

Speaking on the development, Oluwatobi explained the journey of the startup so far.

He said: “Deji and I were classmates at university. Our friendship started when he patronised the loan-a-laptop scheme that I created in the university. He later became the operations manager of the scheme.

“Salaries are paid monthly in Africa. It is a problem that there is no way for Africans to buy items and pay in instalments as it exists in other countries.

“What exists are loan platforms that are either difficult to access or have very high-interest rates that people cannot usually afford to pay back.

“Many Africans have had to either settle for less, or buy substandard products because they can’t afford to pay one lump sum for things that they want.”

Powered by Lundin Foundation, the Katapult Climate initiative seeks to accelerate the growth of climate tech startups by providing training, technical expertise and access to networks.

The programme is a 12-week fully digital programme that also looks to make investments between US$150,000 and US$400,000 to chosen startups.

According to the board, the initiative is targeting startups within the fields of renewable energy, carbon capture, new data frontiers or smart cities, industry and mobility who are working to reverse a climate disaster.

Selected startups will leverage Katapult’s extensive experience from running 10 accelerator programs over the last four years, in addition to the Katapult network of mentors, partners, impact investors and others.

Also, the startups will be able to tap into Lundin Foundation’s vast network of industry corporations and 10 years experience in impact investing.

Maviance PLC, a Douala-based fintech startup, has closed $3-million in a seed investment round.

The round, which was led by MFS Africa, the pan-African digital payments hub, will be used to scale the nine year old venture in Cameroon while expanding its business model into other countries in the central African economic region (CEMAC).

According to Dare Okoudjou, CEO and founder of MFS Africa, who spoke on the investment, the growth of digital financial services cannot be overemphasized, especially in Africa.

He said: “The rapid development of digital financial services that we have seen in Cameroon over the past few years is poised to spread across the CEMAC region.

“This will further accelerate the demand for domestic and cross-border payments from MSMEs, social enterprises, and corporates in the region.

“Maviance, as a key infrastructure provider with its set of highly relevant products, is well-positioned to benefit from this growing demand.

“That is why we are thrilled to be partnering with the company, as we continue to broaden and deepen the reach of the MFS Africa Hub across Africa.”

Although Steve Wozniak helped design Atari’s Breakout as well as blue box devices and computer components, it was his HP-65 calculator that he sold for $500. Jobs, meanwhile, sold his sole means of transportation, a Volkswagen van, for $800 to fund the creation of the Apple I.