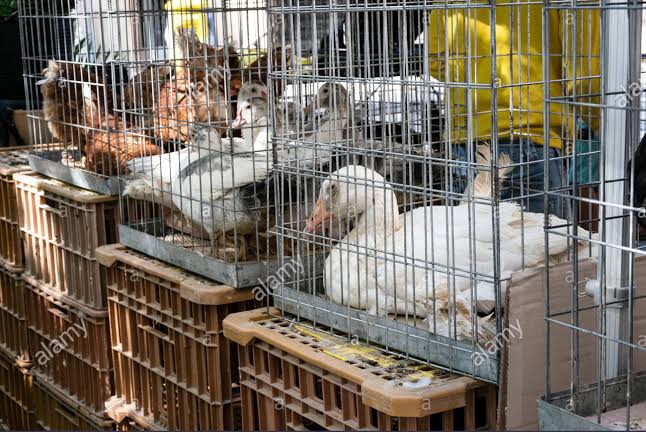 Nigeria’s All- products terms of trade (TOT) index decreased by 0.35 percent in the second quarter of the year (Q2’21) as the value of Nigeria products exported decreased to the imported.

The National Bureau of Statistics (NBS) disclosed this in its latest Commodity Price Indices and ToT report published on its website on Wednesday.

According to NBS the decrease in Nigeria’s TOT recorded was due to prices for live animals, animal products, wood and articles of wood; wood charcoal and articles, vehicles, aircraft, and parts thereof and vessels among others imported into the country during the period.

In other words, it measures the worth of a country’s exports in terms of its imports.

NBS also revealed that the All -commodity group import and export indexes increased by 1.07 percent and 0.75 percent during the period, respectively.

“The All-commodity group terms of trade grew by 0.37 percent in May but fell by 0.71 percent in June and on average decreased by 0.35 percent between April and June 2021.

“The decline in terms of trade between April and June was driven by decreases in the prices of live animals, animal products (-3.5 percent), wood and articles of wood, wood charcoal, and articles (-1.59 percent), vehicles, aircraft, and parts(-1.45 per cent).

“The decline was, however, mitigated by an increase in the price of products of the chemical and allied industries (1.14 per cent).”

On import, it said: “The All -commodity group import index increased by 1.07 per cent between April and June 2021. This was driven mainly by an increase in the prices of products of the chemical and Allied industries (1.40 per cent), wood and articles of wood, wood charcoal, and articles (1.37 per cent) Papermaking material; Paper and paperboard articles (1.23 per cent)

“The All-region group import index increased by 1.07 per cent between April and June 2021 due to increases in import prices across All-regions; Oceania (1.4 per cent, America 1.36 percent, Africa 1.22 per cent, Asia 1.11 per cent and Europe 0.96 per cent respectively. The monthly percentage change showed an increase of 0.12 per cent in May and 0.95 per cent in June.”

On export it stated:” The All-commodity group export index increased by 0.72 per cent between April and June 2021.

“All-region export index increased by 0.72 per cent between April and June 2021 due to increases in export prices to All-regions except Africa.

Nigeria’s largest trading partners for the quarter were India, China, Spain, Canada, and the Netherlands.