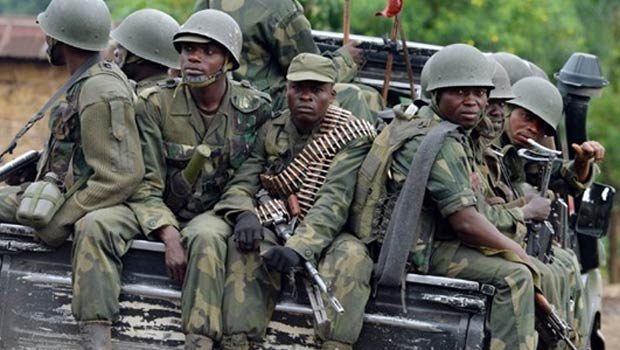 A national of Niger Republic, Lawal Shu’aibu, has been arrested alongside four others by the Katsina State Police Command for allegedly supplying fuel, bread and other food items to terrorists and bandits.

A statement by the state Police spokesman, Gambo Isah, said the suspects were arrested along Katsina– Jibia highway while on their way into the forest to make supplies to the bandits.

According to the police spokesman, the suspects confessed to the acts of selling the fuel in jerry cans around the forest “contrary to the executive order and other extant laws of the federation.”

The statement made available to Ripples Nigeria on Wednesday, reads:

“On September 18, 2021, based on credible intelligence, the command succeeded in arresting a 32-year-old man from Maradi, Niger Republic, conveying fuel in a Passat vehicle.

“We also succeeded in arresting a 57-year-old male suspect of Kofar Guga Quarters, conveying fuel in his vehicle.”

According to Isah, another 25-year-old suspect was trailed to an uncompleted building where he was arrested.

“The suspect hails from Anguwan Nakaba village, Sabuwa LGA, and is a fuel supplier for terrorists in the forest.

“The Nigerien, Shuaibu, was observed to have been frequently coming to buy fuel at a filling station in Dandume LGA in his motorcycle, a Jincheng rubber.

“Consequently, police detectives on surveillance patrol at the said filling station, secretly followed him, which led them to his hideout where he was arrested while transferring the fuel into a Jerry can.

“In the course of the investigation, the suspect confessed to the commission of the offense and further stated that he came all the way from Sabuwa LGA to buy the fuel and take it to the forest.

After several warnings by both community leaders and security agencies asking him to stop supplying fuel and bread to bandits in the forest, the suspect was subsequently arrested with some quantity of bread concealed inside a sack while trying to enter the forest,” Isah added.

Earlier this month, the Katsina State government had placed a ban on selling fuel in jerry cans over insecurity challenges.

The government also said only two filling stations were allowed to sell fuel worth N5000 to motorists in 14 LGAs in the state.