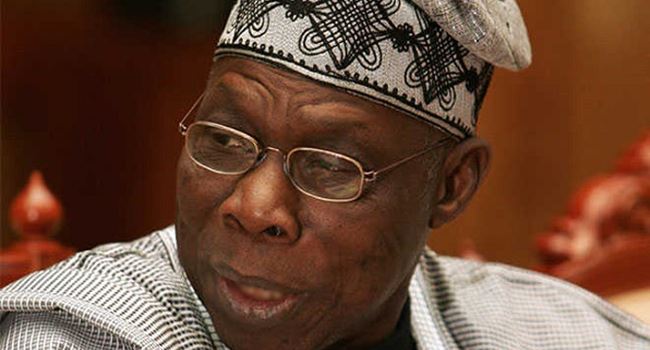 Former President Olusegun Obasanjo has advised that President Muhammadu Buhari should use the endSARS protest as an opportunity to let Nigerian youths know that he understood their plights as a father.

The former leader noted that the EndSARS protest, still ongoing in many states of the federation, was a product of frustration and urged the government to address the demands of the youths.

He spoke on Monday when the Ooni of Ife, Oba Adeyeye Ogunwusi hosted him in his palace at the ancient city.

Obasanjo said, “More than 65 percent of our population are between the ages of 18 and 30. They are not only struggling to acquire education, they are also aspiring for the best that life can offer them.

“Some of them didn’t even get educated while those who are educated are getting frustrated because of lack of opportunities. We must realize that the lid on the boiling steam would have to be removed.

The Ooni, also speaking, appealed to the EndSARS protesters to retreat and give peace a chance, adding that their action was a clear message to the government.