Home » Latest » Obi fires back, says Ngige did ‘little or nothing’ as Anambra governor 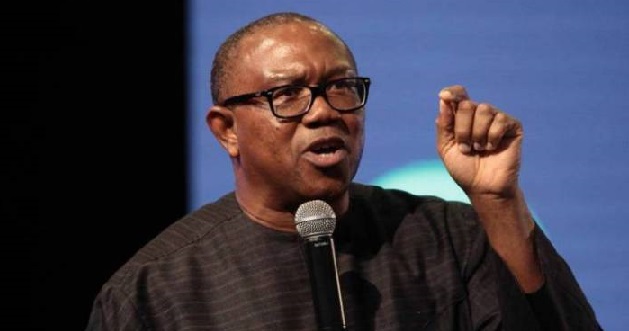 Former Anambra State governor and vice presidential candidate of the Peoples Democratic Party in the 2019 elections, Peter Obi, has said the Minister of Labour and Employment, Chris Ngige, achieved “little or nothing” when he was governor of Anambra State.

Obi made this comment in reaction to a statement by Ngige that nothing significant had been added to his (Ngige) achievements in the state.

In a statement issued on Monday by Valentine Obienyem, his spokesman, Obi said what Ngige achieved as governor of the state could not be compared to his records in his eight years of leadership.

Reacting to claims that quality roads were not constructed during his tenure, Obi stated that over 90 per cent of the roads Ngige claimed to have built were done in his local government area.

“Knowing the importance of road maintenance, shortly before he left, Obi set up the Anambra State Road Maintenance Agency with full compliments of brand new equipment.”

He said unlike Ngige, he patronised local contractors in the state and “left over N4bn in the ministry of works for road maintenance before he handed over”.

“Is it the provision of infrastructure, where all he did was to cause the burning down of the state? Is it our relationship with donor agencies? Where? What is most condemnable in Ngige’s attacks are the lies he tells just to bring Obi down.”