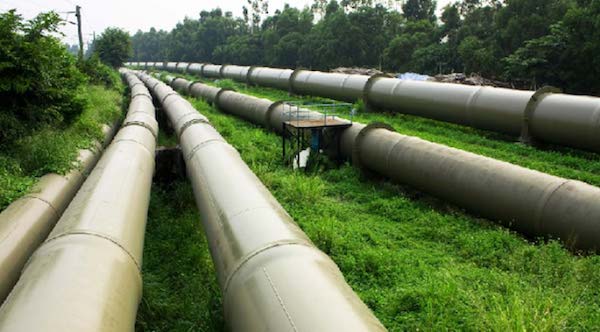 The Nigerian National Petroleum Corporation (NNPC) on Wednesday said it recorded a 43 percent drop in oil pipeline vandalism in the month of May, 2020.

The national oil company stated this in a statement by its Group General Manager, Group Public Affairs Division, Dr. Kennie Obateru on Wednesday, explaining that details of the report contained in the May 2020 version of the NNPC Monthly Financial and Operations Report (MFOR) indicated that 37 pipeline points were vandalized representing about 43 per cent decrease from the 65 points recorded in April 2020.

According to the NNPC, the corporation, in collaboration with the local communities and other stakeholders, would continuously strive to bring the malaise under control.

The NNPC May report also stated that the corporation had continued to diligently monitor the daily stock of Premium Motor Spirit (PMS), otherwise called petrol, to achieve smooth distribution of the products to ensure zero fuel queue across the nation.

It further stated that to this end, 950.67million litres of white products were sold and distributed by the corporation’s downstream subsidiary, the Petroleum Products Marketing Company (PPMC), in May, 2020.

This, it said, comprised 950.67million litres of PMS only with no Automotive Gas Oil (AGO) or Dual Purpose Kerosene (DPK), adding that there was no sale of special product in the month.

The report further stated that ₦92.58billion was made on the sale of white products by PPMC in May 2020, while total revenue generated from the sales of white products for the period May 2019 to May 2020 stood at ₦2,393.88billion, where PMS contributed about 98.84 per cent of the total sales with a value of ₦2,366.15billion.

In the gas sector, natural gas production in May 2020 increased by 2.38 per cent at 226.51Billion Cubic Feet (BCF) compared to output in April 2020; translating to an average daily production of 7,480.36million Standard Cubic Feet of gas per day (mmscfd), the NNPC said.

The report also revealed that the daily average natural gas supply to gas power plants increased by 5.87 per cent to 834mmscfd, equivalent to power generation of 3,128MW.

The May 2020 report indicated a trading surplus of ₦2.68billion compared to the ₦30.81billion deficit posted in April 2020 when the effect of COVID-19 was at the peak, leading to reduced demand with fluctuating prices.

The report also disclosed that the 109 per cent upturn in revenue for May is the cumulative result of improved performances by some of the corporation’s Strategic Business Units.

While the Nigerian Petroleum Development Company (NPDC) posted a surplus due to substantial growth in the market fundamentals as demand began a slight recovery; the Nigerian Gas Marketing Company (NGMC) recorded 257 per cent increased profit attributed to improved debt collection.

In addition, Corporate Headquarters deficit ebbed by 47 per cent in May, according to the report, compared to last month’s, while NNPC Retail, Integrated Data Services Limited (IDSL), NNPC Shipping and Ventures also contributed positively to the month’s performance, leading to the significant NNPC Group surplus position during the period under review.

Related Topics:NNPCOil pipeline vandalism
Up Next