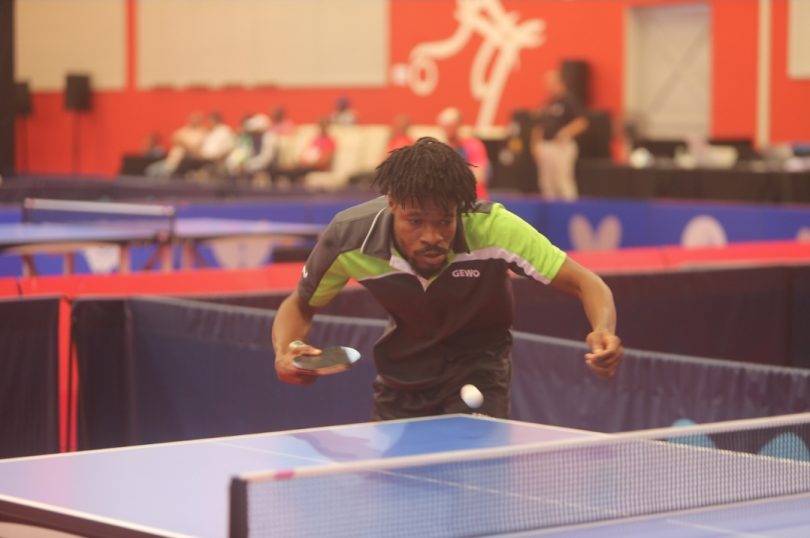 Olajide Omotayo and other Nigerian table tennis stars are dominating the men’s singles event at the ongoing 12th All Africa Games in Morocco.

Omotayo gave an inkling of what he has in stock again at the Games as he defeated one of the continent’s most celebrated star – Egypt’s Ahmed Saleh 4-3 to advance to semifinals.

Omotayo ombined his backhand with forehand smoothly and this confused the Egyptian who had to surrender in the thrilling encounter.

“I am so excited that in my first African Games I made it to the semifinal,” said an elated Omotayo.

Aruna Quadri also walloped Congo Brazzaville’s Saheed Idowu 4-0 to berth in the last four and set up a rematch of the ITTF Africa Cup against Egypt’s Omar Assar, billed for Thursday.

Seven-time Olympian Segun Toriola was at his very best when he also beat Egypt’s Khalid Assar 4-3 to set up a semifinal clash against Omotayo.

In the women’s event, Olufunke Oshonaike played her last game after going down 3-4 to Egypt’s Farah Abdel-Aziz.

Offiong will battle Hanffou while Meshref will face her compatriot – Abdel-Aziz in the second semifinal on Thursday August 29.