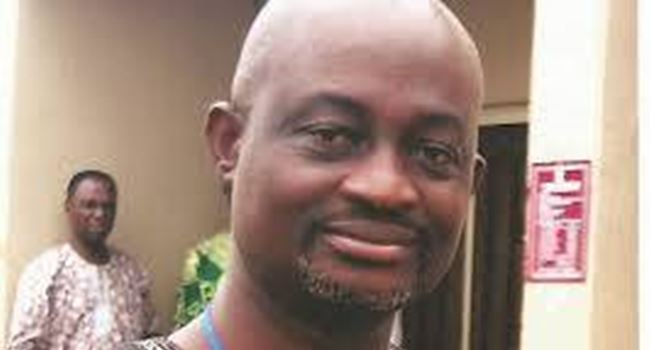 The other day, the Chairman of the Independent National Electoral Commission (INEC), Professor Mahmood Yakubu, announced additional polling units newly created nationwide. For a Nigerian demography with a rapidly shifting shoreline, the exercise met a germane need. However, it is the regional distribution and its future implications that trigger some interest here.

From the 119,974 voting units the country had used for 25 years, INEC shot up the total number of voting booths to 176,846, an increase of 56,872. This new configuration inflated Nigeria’s voting space by 47 percent. For the 2019 general elections, voters on INEC’s register amounted to some 84,004,084 names. That means that, give or take a few voters, the new figure of 176,846 booths would be catering for 500 voters apiece. That should create some elbowroom of convenience for voters.

However, viewed with greater scrutiny, the exercise looks pigeonholed to suit a script. To the discerning, it leaves the impression that INEC, or someone within or outside that commission, orchestrated the exercise to reaffirm primordial prejudices, jingoism and chauvinism.

As of today, the distribution pattern of polling units through the six geographical zones cedes majority of existing polling units to the North-West:

While the INEC Chairman, running a second five-year term, created 31,196 brand new polling units for the 19 Northern states and Abuja, he allocated 25,676 polling units to the entire 17 Southern Nigeria states. Going by the country’s usual North-South dichotomy, these figures show that while Northern Nigeria now has a total of 93,191 polling units, Southern Nigeria has the fewer booths of 83,655, a difference of 9,536. Computed at an average polling booth capacity population of 500 each, that already gives the North a head start of 4,768,000 votes.

That is alarming to Southerners! It implies that the North will not only decide the winner of the presidential election but will have the last word on the exercise.

In the 2015 polls that Muhammadu Buhari won, the 15,424,921 votes he garnered outshone Goodluck Jonathan’s 12,853,162 by a paltry 2,571,759. INEC’s new booths indicates that today, the North with its 4,768,000 superior votes, can produce that difference singlehandedly! Little wonder the arrogance, belligerence and bellicosity displayed by some Northern organisations in viral videos, where they boasted about holding the ace for 2023. And they have good reason to brag.

However, what will happen where the election becomes too close to call or fails to produce an outright victor?

Section 134(4) says there will be a run-off between the two leading candidates, in which the winner must satisfy the requirement of “one-quarter of the votes cast at the election in each of at least two-thirds of all the States in the Federation and the Federal Capital Territory, Abuja.”

Furthermore, should any of these two leading candidates fail to satisfy the requirement, a second run-off election will hold between them; and victory boils down to a simple majority. INEC’s new polling units, with an overwhelming majority located in the North, will make that region the sole determinant of who then becomes President.

Problem sprouts from the fact that the North’s current electoral supremacy defies the science of population and voter distribution globally.

How do the arid savannah grasslands of the North have more population than the rain forests of the South? Agreed, the North has a vast share of Nigeria’s total land mass of 923,768 square kilometres (356,376 square miles); but its claim to a commensurate population has always been regarded as standing logic on its head.

Anyone who has traversed much of the country knows that in the North, you can travel for hours without sighting as much as a settlement in a vast ocean of flatlands in every direction of your line-of-sight. True, Nigeria’s Northern borders all stop outside stark desert. Even then, much of the North lies within the Sahel, the fringe of the 5,000-kilometre (3,125-mile) stretch of savannah on the edge of the Sahara Desert. That such a region will have more people than the seashores and tropical rain forests remains a mystery. It has been pointed out that Nigeria remains the only country in the world with more population in its arid region than the coastal. The oil, the coast, the ports, relative peace, all these are population magnets. Why do they not count in Nigeria, as they do in other parts of the world?

For example, the coastal state of California on the fringe of the Pacific Ocean holds about 12 percent of the United States’ total population; and Texas on the lip of the Gulf of Mexico has 9 percent. Conversely, the arid state of Utah has 0.97 percent, Arizona 2.19 percent and Idaho 0.54 percent. These are just examples from the US. Of the lone country continent of Australia, one authority says: “Australia’s population is not spread evenly across the landscape, since a large portion of the country is desert…. About 90 percent of the population inhabits the cities, which are mostly in coastal areas.”

Yakubu’s new booths lends further foothold to the abnormal and the absurd.

Current realities further prove the illogicality of Yakubu’s allocation of fewer polling units to the South and more to his native North. One is the Climate Change-driven desertification that has brought about population emigration from the North. In the dry North-East lies Lake Chad, which Nigeria shares with Niger, Chad and Cameroon; and the lake has shrunken.

Moreover, a war is virtually raging there due to the ongoing insurgency, with local population migrating to neighbouring states and countries like Niger Republic, Cameroon and Chad, and many to Nigerian IDP camps. Heeding the pull of survival, Northerners daily flee for their lives towards the more peaceful South. Of course, a few have joined the rampaging rank of kidnappers and killers. However, the vast majority just want to live and make a living peacefully. Shikena! The absence of these fleeing immigrants from the North should shrink voting booths in their homeland to the advantage of their new hosts in the South, which Yakubu’s illogic has absurdly failed to do.

For example, while Ekiti State in the South has the smallest allocation of 250 new units, states that clearly form the epicentre of insurgency and terrorism curiously got much more: Borno has 1,138, Yobe 1,109, Katsina 1,750 and Zamfara 1,013 units. Due to the insurgency, Malumfatari Local Government Area of Borno, for instance, is a ghost town with no human population. The state officially reports about 1.5 million to 2 million displaced citizens. In the entire North, the figure of displaced people nudges about 12 million.

How do the North’s conflict zones harvest a population windfall that translates into more votes? The INEC henchman must explain this amorphous illogicality.

When Yakubu announced INEC’s new polling units, Southern politicians apparently paid little attention, understandably beclouded by #EndSARS, insecurity and the Fulani herdsmen brouhahas. Now, the South must raise its head and push for Yakubu and INEC to return to the drawing board and redress his absurd polling units’ allocation. Failing to address this issue quickly, the South may just find itself numerically inconsequential in the politics of 2023.

Related Topics:INECMahmood Yakubu
Up Next