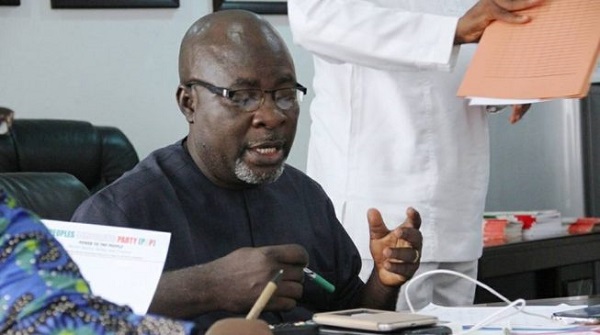 The Peoples Democratic Party, PDP has resolved to approach the United Nations and other global democratic institutions over the alleged roles the Nigerian military played in the killing of Nigerians during the February 23 presidential and National Assembly elections.

The decision of the opposition party was part of those taken at its expanded National Caucus meeting held on Monday in Abuja.

Briefing newsmen on the outcome of the meeting, the party’s spokesman, Kola Ologbondiyan also said the caucus commended Nigerians for coming out to vote during the elections, claiming that the PDP presidential candidate, Atiku Abubakar, won the election but that his mandate was “stolen.”

According to him, the caucus alao resolved to support Atiku and the PDP in their resolve to contest the declaration of the presidential candidate of the All Progressives Congress, President Muhammadu Buhari, by the Independent National Electoral Commission as the winner of the election at the tribunal.

Ologbondiyan said: “Caucus commended Nigerians for refusing the harassment, intimidation and militarisation of the electoral process and participating in the elections but noted that the mandate that was freely given to our candidate was stolen and as such the party and the candidate jointly resolved to go to the tribunal and to see it through to the end of what is permissible within our legal system to get back our mandate on behalf of Nigerians.

“Caucus also reviewed the situation in Kano State particularly as it concerned the court decision that the PDP should organise a fresh rerun for its governorship candidate and noted that an appeal had been filed against the judgement and we will continue to study and follow the situation as they arise.”

Ologbondiyan, who alleged that the Buhari presidency and the APC had been intimidating Atiku, his acquaintances and personal lawyer, also said the South-South geopolitical zone had been militarised, adding that the APC was allegedly plotting to rig the governorship and state Houses of Assembly elections.

“Caucus further raised issues about the harassment, intimidation and the cajoling of our members on the plot by the Buhari presidency as well as the APC to intimidate Atiku and the resolve of the PDP to go to court by insisting, blackmailing and saying that he should not go to court. We insist that our party and our candidate have resolved to seek legal redress on the stolen mandate”, he said.

Buhari is taking tough decisions in your own interest, SGF tells Nigerians