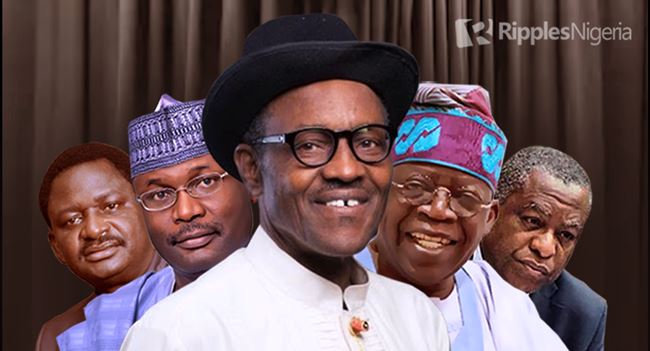 Two related events grabbed maximum attention last week. They were the campaign rhetorics dished by Nigeria’s leading political parties ahead of the Edo gubernatorial poll, and the special broadcast by Ahmed Bola Tinubu to the effect that he was the leader of all democrats.

These and three other political stories made our pick for special review. Their import for Nigeria’s nation-building efforts are here x-rayed.

Campaign rhetorics over, the people of Edo went to the poll on Saturday to pick a new governor. Concerns had been raised as to whether the election would be conducted in an atmosphere of peace and tranquility.

As results trickle in, there is considerable evidence that it was almost devoid of violence. The front runners remain incumbent Governor Godwin Obaseki of the Peoples Democratic Party (PDP) and his All Progressives Congress (APC) challenger, Osagie Ize-Iyamu.

Though pockets of irregularities have been reported, it remains to be seen if their impact on the conduct of the poll would be significant enough to query integrity of the gubernatorial exercise.

Edo presented the Independent National Electoral Commission (INEC) another practical opportunity to launder its image. This had been badly tainted by the outcomes of the Kogi and Bayelsa governorship polls.

While it may be too early to give a pass mark to the electoral umpire, the performance of INEC must be placed in proper context.

First, this was an off-season election and may not have proved a true test of the country’s capacity to organize a free, fair and credible poll.  

Second, even with the reduced field of activity, it is still worrisome that INEC could not strike a perfect start with its logistics arrangements and state of readiness of its tools, especially the Card Readers.

Ultimately, the Edo gubernatorial poll still speaks to the country’s unpreparedness to fully adopt technology as a solution to the management of its electoral processes.

As the world increasingly adjusts to a culture of the new-normal, it is evident that electronic voting cannot be ignored for too long. And, this can only be effected if there is a proper legislation in place.

It is, therefore, pertinent to query why President Muhammadu Buhari has continued to frustrate the transition to electronic voting by refusing to sign into law the electoral amendment act.

Last Tuesday, the acclaimed national leader of the All Progressives Congress (APC), Asiwaju Bola Tinubu, in a video posted on social media, called on the voters in Edo not to re-elect Governor Godwin Obaseki as governor.

In declaring himself the leader of all democrats in Nigeria, Tinubu had said: “I want to appeal to you to reject Godwin Obaseki in this coming election. I have suffered with many others to bring about this democratic regime, that today, we are enjoying in the country. Then, Godwin Obaseki didn’t participate in any aspect of the struggle to enshrine democracy in the country. Therefore, he could not understand the value and the pains associated with this democratic struggle.”

None can question Tinubu’s rights to support his party and its candidates anywhere in the country. It is a fundamental right guaranteed under the law.

However, it is at the level of strategy that critics have challenged the appropriateness of Tinubu’s moves. The following posers would suffice:

Perhaps, Tinubu’s last ditch efforts were a symbolic price to pay in the quest to secure a foothold in the Mid-West, a region many speculate could radically alter his presidential permutations ahead of 2023.

The Presidency on Wednesday, September 16, responded to former President Olusegun Obasanjo and Professor Wole Soyinka’s criticism that Nigeria under President Muhammadu Buhari was divided like never before.

The Special Adviser on Media and Publicity to the president, Femi Adesina, who spoke on the matter said: “Nigeria had always been divided. Right from amalgamation in 1914, Nigeria has always been divided. Nigeria is an inconvenient amalgamation but we have worked at it and I tell you that there is no time in the history of this country that the country was not divided but then we had kept at it and we were trying to make it work.

You can’t but pity the President’s image handlers. It is a tough task to sell ice to Eskimos!

The prevailing conditions in the country are all too glaring to deny. The fault lines are already too evident but shifting the blames, instead of marketing the progress made, makes it even more believable that no serious gains have been made.

READ ALSO: QuickRead: Obasanjo’s worries, Jonathan’s prescriptions; three other stories we tracked and why they matter

The president must admit that the tasks ahead are enormous, with concrete plans and workable timelines proposed for a return to peace, order and progress.

Certainly, a dialogue of the deaf cannot be panacea to the many challenges holding the country. The presidency cannot continue to speak and listen to itself!

4. Grandstanding over US, UK visa bans

The Nigerian Government, last week, showed it was irritated over recent pronouncements by the governments of the United States (US) and the United Kingdom (UK) to punish election riggers with visa ban. Both countries had said that they had banned or were going perpetrators of election violence in Bayelsa, Kogi, Edo and Ondo States.

In a statement issued on Friday, September 18, by the spokesman of the Ministry of Foreign Affairs, Mr Ferdinand Nwonye, in Abuja, the Nigerian government described the decisions of the two foreign countries as disrespectful to the sovereignty of Nigeria.

Nigeria’s claim to sovereignty cannot be denied. However, the right of other countries to apply certain sanctions over perceived wrong-doings by the country’s ruling class cannot be waived away.

A critical point to note is that the US and EU remain principal promoters of democracy in Nigeria, committing billions of Naira in the process. It is foolhardy to assume that this highly influential community would look the other way after sinking humongous sums of money into Nigeria’s democratic experiment.

At best, the response from Nigeria must be seen as mere grandstanding. The action of the EU and US resonates positively with many Nigerians who believe that the country’s leadership needs to be closely watched, both locally and globally, to arrest the descent into impunity, massive corruption and excessive abuse of human rights.

A decent shift in political culture would be for the ruling class to critically appraise the feedback from the international community and query why it cannot on its own deal evolve sustainable processes to corruption across every facet of its national live.

President Muhammadu Buhari on Tuesday, September 15, justified his government’s borrowing of foreign loans, saying that the fund was needed to address the deficit in the nation’s infrastructure.

Buhari, who made the clarification at a meeting with members of the Presidential Economic Advisory Council (PEAC) at the Presidential Villa, Abuja said, “We have so many challenges with infrastructure. We just have to take loans to do roads, rail, and power, so that investors will find us attractive and come here to put their money.”

No doubt, borrowing is part of every country’s economic development. Borrowing to support production has always been welcome while doing same for consumption is usually condemned.

The challenge facing the Nigerian State is the growing mistrust between the people and the leadership. Is the government communicating effectively? Perhaps, no, and the reason dwells largely on lack of transparency does accountability.

As at June 2020, Nigeria’s total public debt was said to have reached N31.01 trillion, according to the country’s Debt Management Office (DMO).

Borrowing may be welcome but the problem, in real terms, is whether the government has a realistic plan on how the loan can be repaid?

Indeed, concerns that the future is being seriously mortgaged is real.