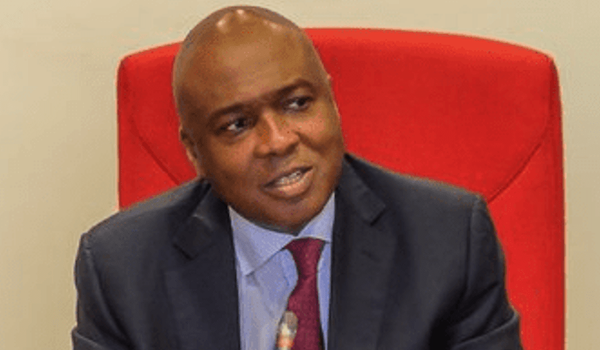 A former President of the Senate, Bukola Saraki has mocked the ruling All Progressives Congress (APC) over its recent congresses across the country that snowballed in the formation of parallel factions.

Saraki made this assertion on Tuesday during an interview on Arise TV monitored by Ripples Nigeria.

In Saraki’s home state of Kwara, the two factions of the APC elected different sets of officers at parallel state congresses in Ilorin, the state capital.

While Sunday Fagbemi emerged as chairman for the faction loyal to Governor AbdulRahman AbdulRazaq, a former caretaker chairman of the party in the state, Bashir Bolarinwa, was returned by the faction led by the Minister of Information and Culture, Lai Mohammed.

Speaking during the interview, Saraki noted that the PDP was better prepared for the 2023 elections with its upcoming National Convention “unlike the other party who had parallel congresses all over the country in about two-thirds of the state; this shows the PDP is better-prepared. This has never happened in the history of the country and the APC is ill-prepared to take the country forward.

“The concern of PDP is the convention on Saturday to provide the leadership needed by Nigerians and the result of the peace-making process which I chaired the committee has led to peace within the ranks.”

The former Senate President also noted that the recent gale of defections will not stop the PDP from regaining power in the 2023 elections.

According to him, as the country moves closer to the 2023 elections, Nigerians will see a movement if members from the ruling APC to the opposition PDP.

“The PDP has what it takes but we need to ask what has made everything easier. There is no doubt that the country is not as united as it used to be. The facts have revealed increasing poverty, unemployment, insecurity.

“In 2015, the number of APC states was almost the same as the PDP so the current concern on defections is not going to stop the party from regaining power.

“Nigerians have seen what the ruling party offered and considering feedback from Nigerians, the most important thing is unity within the party which will cascade into the mood of the populace. The PDP has been able to resolve its crisis by looking at the bigger picture,” Saraki noted.