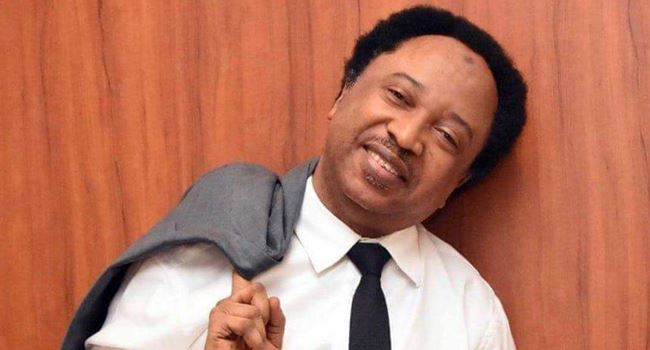 Senator Shehu Sani, the lawmaker who represented Kaduna Central Senatorial District in the eight National Assembly, has declared that the move by Governor Nasir El-Rufai, who on Monday enrolled his six-year-old son, Abubakar, in a public school is deceptive.

Sani who was speaking with newsmen who accosted him in Kaduna on Wednesday said that the move by El-Rufai was designed to score points ahead of 2023 political dispensation.

According to the lawmaker, the action by the governor is a badly written Kennywood or Nollywood script, intended to deceive people outside the locality, who might not know the level of decay in public schools in the state.

He said the governor’s action “was simply a 2023 political stunt set up for the media and people who live outside Kaduna because those who reside here know what public primary schools look like.”

Sani added that: “It is not because I have political difference with him, no. But whoever lives in Kaduna State knew that what the governor did with his son by enrolling him in a public school was just a comedy.

“Although, it was a badly written Kennywood or Nolywood script, as far as I am concerned that was a bad and poorly written script for the media preparatory to 2023 and nothing else.

“He would have done better by upgrading schools in Kaduna. You cannot spend N195million in a particular school and then take your son and the media to that school and think you have done anything different.

“Let me tell you, we had a governor in this state, Balarabe Musa, who never lived in the Government House when he was in power. He lived in his private house. I know that the children of former Governor Ahmed Makarfi attended this same Capital School.

“I also know that other public officials’ children go to that school too. So if you are not being cunning, deceptive and comical, you would have allowed all your children to enrol in public schools. Public school doesn’t mean primary schools alone, there are public secondary schools and public universities.

“He is not new in this kind of drama. It was the same person who was moving around Kaduna-Abuja road with cameras, saying he was chasing kidnappers. So, this is a new script, but as far as I am concerned, that is comedy since we are in an era in this state of using public utilities, public hospitals and now public schools.

“So it is also in order that public officials, both elected and appointed, should patronise public toilets in Kaduna. That is the highest form of patriotism and selfless service. You should use what the masses are using, which is public toilets,” he added.

BUSINESS REVIEW: How are Nigerian companies breaking into the global scene faring?