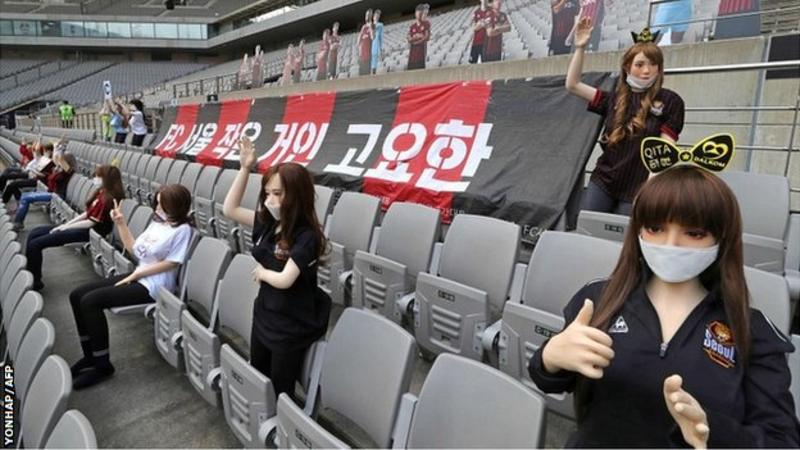 A South Korean topflight club, FC Seoul have been fined after they were accused of filling up empty seats at the stadium with sex dolls during a match.

The club played their first home game of the 2020 season on Sunday and got criticized by fans who watched the behind-closed-door-game online.

FC Seoul said they ordered 30 mannequins to improve the atmosphere of the stadium as fans were not allowed in due to coronavirus restrictions, but did not know the mannequins were adult products.

The K-League said that the club made “a serious mistake” by not removing the dolls before the match.

It also added, in a statement released on Wednesday, that “the incident has greatly insulted and hurt female and family fans.”

Pornography is illegal in South Korea, but some of the dols had adverts of x-rated websites.