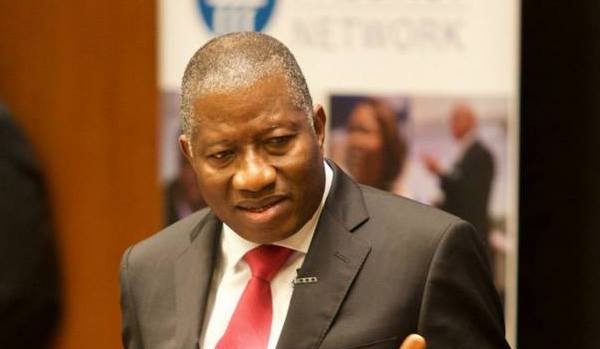 One of the soldiers guarding the building was shot dead by the hoodlums while another security operative was seriously injured in the attack.

Meanwhile, the Media Adviser to Jonathan, Mr. Ikechukwu Eze, has confirmed the attack on the former president’s residence.

Eze said in a statement that the gunmen came in five engine boats at 1:30 a.m. on Tuesday morning.

“The hoodlums who came in about five engine boats stormed the security post located about 100 metres away from former President Jonathan’s residence in his hometown in Otuoke by 1:30 a.m. on Tuesday and attempted to take away a gunboat belonging to the military stationed at the creek beside the residence. They were however resisted by gallant soldiers who engaged them in a fire fight.

“The gunmen who couldn’t stand the firepower of the military were forced to beat a retreat. One soldier, unfortunately, lost his life in the fight while another was injured. The injured soldier who is currently receiving treatment at a medical facility in Yenagoa is in a stable state.

“The former President who was not in Otuoke at the time of the attack however returned to his village early this morning to assess the situation.

“Dr. Jonathan promptly condemned the attack and reassured his people that there was no cause for alarm. The former President has also condoled with the family of the deceased soldier, the military and urged the concerned security authorities to swing into action and bring the culprits to book.”

US Senators clash over rules for Trump’s impeachment trial process