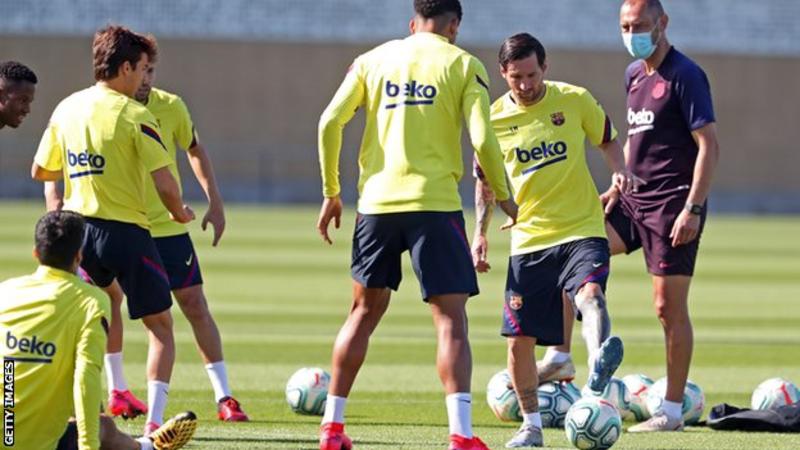 Football activities across Europe are gradually returning behind closed doors after the coronavirus pandemic had halted the sport since March.

The Spanish La Liga and Portugal’s topflight league are set to resume in early June as the leaders of both countries have confirmed.

The La Liga will be back from 8 June according to the Prime Minister of Spain on Saturday.

“Spain has done what it should and now new horizons are opening for everyone. The time has come to bring back many day-to-day activities,” said PM Pedro Sanchez.

“From 8 June, La Liga will be back. Spanish football has a huge following but it will not be the only recreational activity that will return.”

La Liga teams have 11 games to play this season, with leaders Barcelona two points ahead of Real Madrid at the top of the division.

In Portugal, where Porto lead rivals Benfica by a point with 10 rounds left, topflight football will resume on 3 June.

The German Bundesliga became the first major league in Europe to return from the coronavirus-induced break, and had successfully had two weeks of football.

After 17 days in custody, police charges journalist for ‘annoyance and hatred’ against Lai on social media