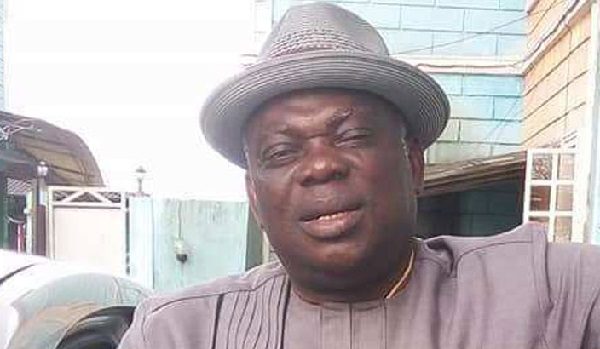 A former security adviser to the Bayelsa State Government during ex-Governor Timipre Sylva’s administration, Perekeme Kpodo, has accused former President Olusegun Obasanjo of plotting to decide who would be the next governor of the state.

Bayelsa’s governorship election holds in November this year, but the ruling Peoples Democratic Party (PDP) has been having internal wranglings over which camp, that of Governor Seriake Dickson or former President Goodluck Jonathan; produces the party’s governorship candidate.

But Kpodo, who spoke to newsmen on Saturday in Yenagoa, Bayelsa’s capital, alleged that there was a consultation meeting in Otta, Ogun State, between some leaders of PDP and Obasanjo over who emerges as the flag bearer of the party.

Kpodo’s allegation is based on a purported meeting involving Dickson, Jonathan and Obasanjo, which allegedly centered on agreeing on who becomes PDP governorship candidate in Bayelsa.

Apparently sad over the alleged development, Kpodo said such will be unacceptable to the people of the state.

According to him, “politicians cannot give us a governorship candidate without the knowledge of what Bayelsa people are feeling.”

He went further to say, “Past candidates endorsed have failed the people. Bayelsa State has learnt a lot. All those they endorsed in the past only cart away money for themselves and their god fathers. The State has become a state in darkness with uncompleted projects everywhere.

“They have gone to Otta again. That is what happened when they brought in the man who headed NDDC before with uncompleted projects everywhere. Then, NDDC was lucrative and no god father was able to caution them. The people they are advocating was in charge of all the investment monies brought by foreign interest that wants to partner and invest in the Niger Delta reign. But those monies till today are unaccounted for. Are they bringing them again to plunge the region into looting and poverty?

“If the PDP think they have a god father somewhere, they should know that the APC also have a god father in the present President, Muhammadu Buhari. It is high time the government change from PDP to APC in the state.

”For 22 years, Bayelsa don’t have roads, no power and there is abject poverty written on the faces of Bayelsa people. When you come into Bayelsa today and that single road is blocked, everyone will be stranded. And Bayelsa has gotten trillions of naira. It is high time Bayelsa people take their destiny on their hands and choose candidates with the right vision to build a Bayelsa of our dreams.”