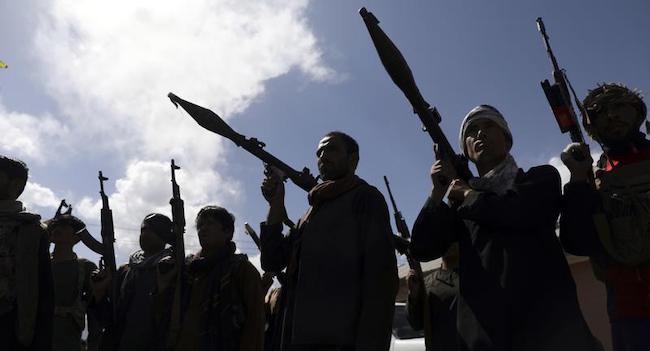 The current conflict in Afghanistan could lead to a full blown war as the deadly armed group, Taliban, has moved closer to retaking full control of the Southern Asian country, with the capital, Kabul, now the only major city left in government hands.

On Sunday, the militants moved in and took control of Jalalabad, a key eastern city and one of the strongholds of the government without a fight, as government forces refused to put up any resistance.

The capture of Jalalabad came following the seizure of the government’s northern bastion of Mazar-i-Sharif on Saturday, as the Taliban made a steady incursion into Kabul as a prelude to taking over the country.

Reports on Sunday morning said the Taliban overran the city, the capital of Nangarhar province, without a shot being fired.

“There are no clashes taking place right now in Jalalabad because the governor has surrendered to the Taliban. Allowing passage to the Taliban was the only way to save civilian lives,” a local Afghan official said.

A lawmaker from Balkh, Abas Ebrahimzada, said the national army were the first to surrender, which then prompted pro-government forces and other militia to give up.

The capture of Jalalabad means the Taliban have secured the roads connecting the country with Pakistan.

The rapid collapse of the Afghan government forces has left President Ashraf Ghani under growing pressure to resign as he appears to face a stark choice between surrender and a fight to hold the capital.

In a pre-recorded TV address on Saturday, President Ashraf Ghani said a top priority was the remobilisation of the Afghan armed forces to prevent further destruction and displacement of people. The speech came amid speculation by some that Ghani might have been about to announce his resignation.

More than a quarter of a million people have been displaced by the fighting and many have sought refuge in Kabul.

Some who had fled areas controlled by the Taliban said militants there were demanding families hand over unmarried girls and women to become wives for their fighters.

Meanwhile, the United States has begun evacuating members of staff from its embassy in Kabul. On Sunday morning, they were being taken to the airport amidst tight security where they have been seen boarding six large military transport planes.