Terrorism of the libido! | Ripples Nigeria 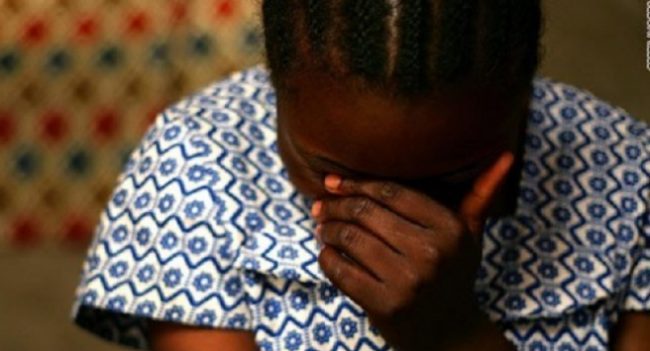 Rape is a moral crime in every decent society. Raping any woman is morally repugnant and no reason can ever be adduced to atone for the crime. Rape ought to be treated seriously by the law given its psychological trauma on the victims. Rapists ought to be treated like murderers, armed robbers or terrorists. Worse of all, when a girl or a lady is not only raped but hacked to death (sometimes with her genitals ‘stolen’ in cold blood) then the crime assumes an alarming frightening dimension.

In Nigeria strange things happen on a daily basis. And sometimes it is so chilling that the state of the union itself is called into question. It is not surprising these days reading online or hearing about marabouts or fetish priests caught with human heads or parts dripping with blood! Or Pastors being accused of violating their female church members. Or politicians playing Dangote by establishing phoney companies to which they award juicy contracts and whose bank accounts they use to abuse power and swindle the electorate.

Few months ago the Kogi State Commissioner for Water Resources, Abdumumini Danga, was accused of battering and raping a beauty queen Elizabeth Oyeniyi. Today we are still awaiting justice on the matter. And while we are on it Commissioner Danga is still walking free with little or no expression of remorse.

Not too long ago a flamboyant new-generation Pastor of the COZA Ministry in Abuja, Biodun Fatoyinbo, was sensationally accused by Busola Dakolo, a professional photographer married to popular musician Timi Dakolo of sexual violation when she was just 18! The matter was not resolved satisfactorily judicially. Fatoyinbo has since returned to the pulpit preaching the good news to the faithful!

In Kano the local police authorities had recently arrested a 32-year-old serial rapist, Muhammad Alfa, in Kwanar Dangora. The man confessed to having raped more than 40 females in a year — including girls, married women, as well as an 80-year-old grandma! And three armed men allegedly gang-raped a 17-year-old street hawker at the Oja-Oba Market, Ado-Ekiti, Ekiti State.

Recently in Benin City, Edo State (a notorious mid-western state with international reputation of pimping business) Miss Uwaila Vera Omozuwa, a student of the University of Benin was brutally attacked inside the Redeemed Christian Church of God where she was mercilessly raped and killed! Recently too a teenager, Barakat Bello, who was undertaking the National Diploma programme in Science Laboratory Technology was attacked at her home in the Akinyele area of Ibadan and violently raped and stabbed to death!

These two gruesome sexual terrorism had reignited national outrage against rape and rapists. Nigeria is degenerating fast before our very eyes and implosion is inevitable with the dreadful trend. One doubts if there is any redemptive work that can be done to pull the giant back from the brink.

Behold, we are no longer facing a common faceless enemies in terrorism but another brand of libidinal terrorism. While Boko Haram are still very much alive and well terrorising our compatriots up north, challenging the Nigerian military frontally and sowing sorrow and destruction another non-military front seems to have been opened: unarmed mad men letting their heads overrule their primal instincts are on the prowl using their libidos as tools to terrorize young girls on the streets and even in places of worship!

Apart from becoming the poverty capital of the world displacing India to take the ‘trophy’ the most populous country in Africa has apparently ‘toppled’ South Africa as the raping capital of the continent. Instead of copying great nations of the world going to the moon, manufacturing supersonic jets and nuclear weapons we always emulate the ignoble, the vile.

As the revered Pastor Enoch Adeboye of the Redeemed Church had said recently while cursing the rapists that snuffed life out of Uwa there is no punishment too hard or strong for culprits of rape. We are of the opinion that harsh legal mechanisms be put in place to dissuade and punish severely the animals using their filthy libido to assault innocent girls sometimes mutilating them and leaving their parents in a state of desolation.

Like kidnapping and terrorism the governments at all levels must activate judicial procedures to deal with this national menace. Coming to legal terms with the criminal trend must be seen generally as a call of duty.

Yet, considered deeply the crime of rape and ritual killings in our decadent society speaks to our collective conscience and interrogates our moral values and ethics. Why would a sane mortal not only violate a girl but cut off vital parts of her body? The cruelty deserves death sentence!

Read also: D’Banj – On the cross of Calvary

Ritual killing for purposes of power or riches has become a constant feature of our depraved national life. The get-rich-quick syndrome could be a compelling factor or reason for the commission of the heinous crime. We live dangerously as money becomes a new ‘god’ worth worshipping.

Besides, the inordinate quest for power constitutes another worrying factor. Politicians go to any lenght to aqcquire power leading to unfettered access to resources of the state. And once they find themselves in positions of power and authority they play god fiddling with the funds that could go towards improving the living conditions of the people if properly expended and accounted for.

With Abubakar Shekau still mysteriously at large hitting harder and harder and recording resounding success with piles of body-bags left for our soldiers to bury in mass graves and the billionaire abductor Evans cornered and caged examples must be made of rapists and ritual killers in our midst.

Let us conclude unequivocally, therefore, by saying that the libidinal terrorism of our generation must be tamed forthwith. And now is the time!

APC PENDULUM: Who is Next