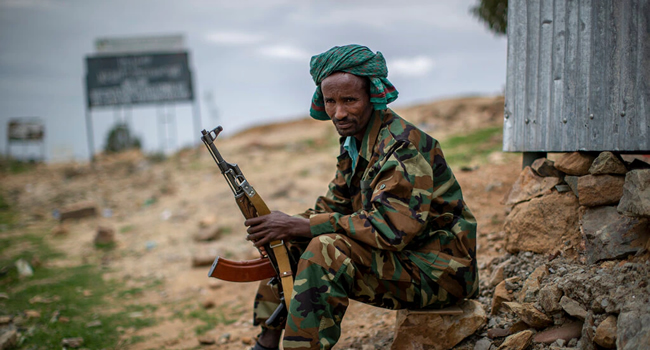 Rebel leaders in Ethiopia’s war-torn Tigray region have vowed to continue fighting despite a ceasefire declaration by the federal government.

The dissidents, in a statement on Tuesday, said they are determined to drive out “enemies” from the region, following Prime Minister Abiy Ahmed sending troops into the area last November to oust the former ruling party, the Tigray People’s Liberation Front (TPLF).

But eight months after the move which was meant to quell the uprising, the operation has suffered serious setbacks as the rebels known as the Tigray Defence Forces (TDF), entered the regional capital, Mekele on Monday, prompting celebrations in the streets as federal soldiers and members of an Abiy-appointed interim regional government fled the area.

Abiy’s government then announced a “unilateral ceasefire,” though there was no immediate response from the TDF.

The statement from Tigray’s pre-war government hailed the TDF advances and said Mekele was fully under its control.

“The government and army of Tigray will carry out all the tasks necessary to ensure the survival and security of our people.

“The government of Tigray calls upon our people and army of Tigray to intensify their struggle until our enemies completely leave Tigray.”

The brutal war in Tigray has been marked by massacres, widespread sexual violence and other abuses, leading the United Nations to warn that the conflict has pushed hundreds of thousands of people to the brink of famine.