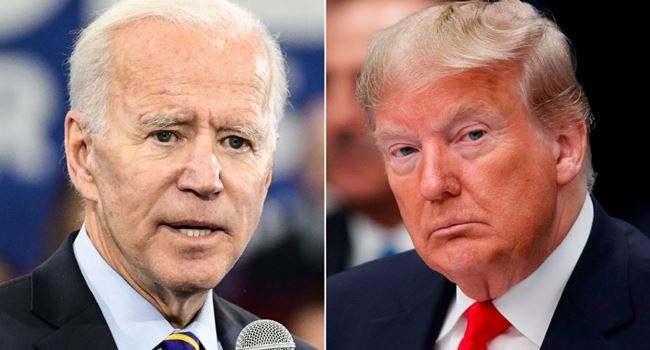 The President of the United States of America, Donald Trump has stated that he will certainly leave the White House if the election victory of his Democratic counterpart, Joe Biden is certified.

The embattled American President made the comments on Friday after a scheduled Thanksgiving video conference with members of the US military.

This came after Trump claimed on Twitter that the US election was marred by widespread fraud when the Election officials announced on Tuesday that Biden recorded 80 million votes in the poll, making him the first-ever presidential candidate in US history to record such a huge tally in an election.

However, Trump said there was no way the Democratic candidate would score 80 million votes in the election.
He insisted that the election was “100 percent” rigged.

NASS REPUBLIC: As Lawan pokes Nigerians. Two other stories, and a quote to remember