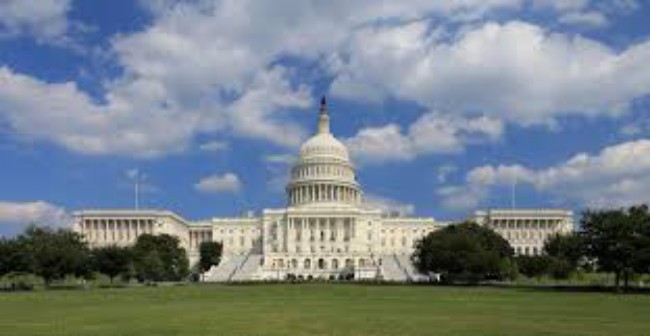 A die hard supporter of former President of the United States, Donald Trump, who pleaded guilty to threatening to hang members of the US Congress, has been sentenced to 33 months by a US federal court on Saturday.

The convict, Ryder Winegar, of Amherst, New Hampshire, pleaded guilty in August to sending death threats to three Senators and three members of the House of Representatives via voicemail.

In one of the messages, Winegar allegedly told one Senator:

“I got some advice for you. Here’s the advice, Donald Trump is your president. If you don’t get behind him, we’re going to hang you until you die.”

In another message, Winegar indulged in multiple prejudices while making another threat.

“And it really, really, it boils down to two camps,” he said to the unnamed target.

“You either support our president, support liberty, and f*** this global homo, uh, vaccination Jewish agenda, or you’re not. In which case we’re going to f***ing kill you. Do you understand?”

Winegar left the messages in December 2020, at the height of Trump’s effort to challenge President Joe Biden’s electoral victory.

Around the same time, the convict also sent an email to a member of the New Hampshire state legislature in which he threatened to pull the legislator from his bed and hang him.

Speaking after the sentencing, acting US Attorney John J. Farley said that Winegar’s case “sends a clear message that threats of violence have no place in our political discourse.”

“While all citizens are free to express their political opinions, it is unlawful to threaten to commit acts of violence against members of Congress or members of the state legislature.

“Threatening to attack and kill six members of Congress and a member of the New Hampshire House of Representatives to prevent them from carrying out their constitutional duties is a federal crime, not protected speech.

Related Topics:Donald TrumpUS
Up Next