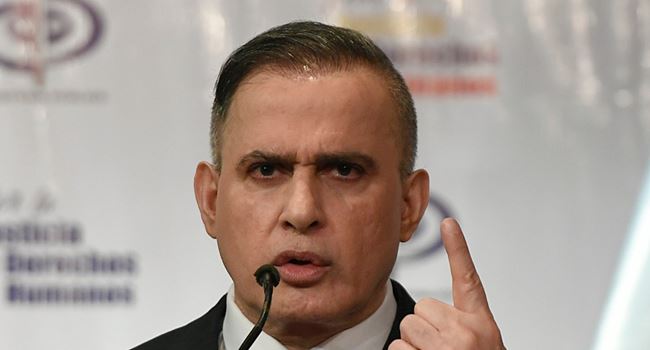 Two Venezuelan officials from the state oil company PDVSA have both been sentenced each to a five-year jail term on charges of providing the US with “strategic and sensitive” details of its sanctions-hit oil operations, prosecutors said Friday.

They “were sentenced to five years in prison for the crime of disclosing, reserving or supplying information,” said a statement signed by the attorney general, Tarek William Saab.

The court relied on witness testimony and “documentary” evidence before sentencing the two Venezuelan officials to jail.

According to the ruling, both former executives handled information on fuel oil inventories and the “refining system, as well as the routes of ships that traded with PDVSA.”

“These officials leaked sensitive and confidential information from the oil industry, which resulted in the imposition of sanctions by the US government, which have caused significant financial damage to the industry by limiting the marketing of its products internationally,” the text said.

Related Topics:US oil data
Up Next